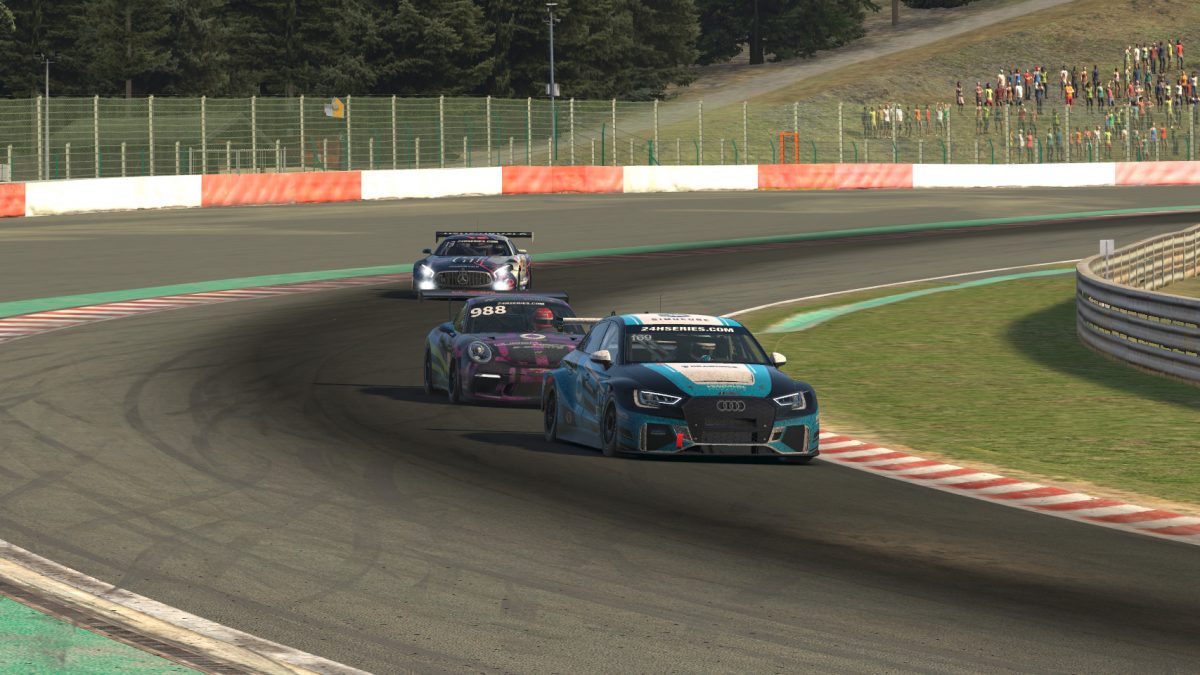 One year after the biggest shake-up in the history of the NEO Endurance Series, the second season of the 24H SERIES ESPORTS will have a much more familiar feel, as all six circuits on last season’s calendar will return to the schedule, which runs from October 2020 through April 2021.

The new season will begin with the 6H IMOLA and conclude with the 12H SPA, and will again include 42 total hours of endurance racing action.

It marks the first time in the seven seasons of NEO Endurance-sanctioned competition that the calendar includes the same circuits in two consecutive seasons.

According to series organizer Niel Hekkens, that is by design for multiple reasons.

“The schedule is made in cooperation with Creventic, and these tracks reflect the real 24H SERIES calendars,” he said. “Having consistency in the schedule is also beneficial for the teams, as they know what to expect, either from previous experience or from video footage of last season.”

Indeed, five of the six circuits on the ESPORTS series’ schedule are also on the real-world 24H SERIES calendar for 2020. The other venue, Silverstone, was last visited by the 24H SERIES in 2018.

The only major adjustment compared to last season is to several of the race dates. The entire season shifts back a few weeks and makes room for a longer holiday break; last season, there were just three weeks between race dates on either side of the new year.

“One of the biggest reasons for this shift is to avoid having events just after a new iRacing build,” said Hekkens. “Any major changes to the cars are made in these builds and we need time to test out the effects of the changes.”

A few race dates also swap positions on the calendar, most notably with Spa — the season-opener last October — now set to host the final race and championship-decider.

“Spa-Francorchamps is always a good choice for an endurance finale,” added Hekkens. “We wanted to choose a different track for the 12-hour event and Spa was the first choice.”

The 24H SERIES is famous for holding multiple 24-hour races each year, but the longest race in the new ESPORTS series season will remain at 12 hours. While NEO previously held three 24-hour events at Le Mans, Hekkens noted that there are some significant logistical challenges of putting on such a long race, especially for NEO’s small set of officials.

“The 24-hour events take a lot of time and resources, not only for the teams, but also from an organizer’s perspective,” he said.

“The biggest challenge is to make sure all essential posts are covered for the entire race. Everyone needs to know all processes so they can fill in for others when necessary.”

With Spa becoming the new season finale, taking its place at the top of the schedule is the 6H IMOLA on October 25. While the Autodromo Enzo e Dino Ferrari is one of the shortest and narrowest circuits on the calendar, having such a venue host the opener doesn’t worry Hekkens.

“Starting at Imola will be a challenge for the drivers, but more challenging tracks tend to be quieter overall, probably because drivers are more careful.”

For the sixth time in seven NEO Endurance seasons, Circuit of the Americas will host the second round of the championship on November 29, and the season will continue on January 10 at the Silverstone Circuit.

Last season at Monza, there was close contact and little love lost between teams battling for the GT3 and TCR victories. Perhaps it’s only fitting, then, that the Autodromo Nazionale Monza will host the fourth round next season on Valentine’s Day, February 14.

The Circuit de Barcelona-Catalunya shifts to the penultimate round, hosting the 6H BARCELONA on March 21. And the finale at the Circuit de Spa-Francorchamps will take place on Saturday, April 17.

In crafting the calendar, Hekkens said the racing in the series last season was a factor, but no circuits showed any worrisome incident patterns that warranted a change.

“The quality of the racing was great, given that drivers couldn’t practice our class combination in official series,” he said. “I do see a trend where people are driving more selfishly or more on the edge.

“As the overall level of competition gets higher and closer, drivers appear to be afraid of losing time in traffic. Most of the incidents could’ve been avoided with more patience or cooperation.”

In previous seasons, series officials have used the pre-qualifying round to assess both pace and driving standards. Last season, that event was revised to be only a race against the clock — and not the rulebook — in a two-driver, ten-lap, time trial format.

A pre-qualifying event does not currently appear on the new season’s schedule, and Hekkens said that officials are debating the merits of such an event.

“The date for pre-qualifying is still undecided because we are still evaluating it. Our main questions are whether pre-qualifying is worth the time and effort, and if so, how to handle car selection in the GT3 class and make sure we have as much variety as possible.”

More news about the upcoming season will be released in the months to come. For now, Hekkens said the focus is on expanding the admin team — and he continues to recruit a series administrator to assist with event management and race control.

“As usual, we are continually evolving as a league,” said Hekkens. “There are a lot of different aspects under investigation at this moment, and there are some exciting things in the works.”