With eSports and sim racing growing rapidly, time has come to structure sim racing across a multitude of simulators and countries. Therefore, the International Sim Racing Federation has sprung from initiators from various backgrounds.

The non-profit organisation will focus entirely on developing the sport of sim racing, creating racing and business opportunities for its members, associations, communities and leagues. The structure of the federation is entirely democratic, and currently in recruiting phase for its first official board.

The federation is backed by several associations, communities, teams and high profile sim racers across the globe, and has already attracted companies and game developers to work together on common goals. 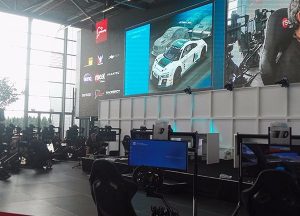 The idea for the federation was introduced at the 2016 Sim Racing Expo at the Nürburgring, with several associations, communities and teams at a meeting, where the concept was further developed and the initial formation of the interim board was made.

According to the game plan developed in the expo, the board and managing positions of the ISRF are now open for applications from all across the world, after which it starts working on its goals, which is to structure and improve the sport of sim racing.

NEO Endurance supports the mission and vision of the International Sim Racing Federation. Therefore NEO Endurance has joined ISRF to talk to discuss running a league with people from all over the world and other sim racing titles.

Our hope is we can learn from each other, improve each other, and make that big push sim racing deserves.