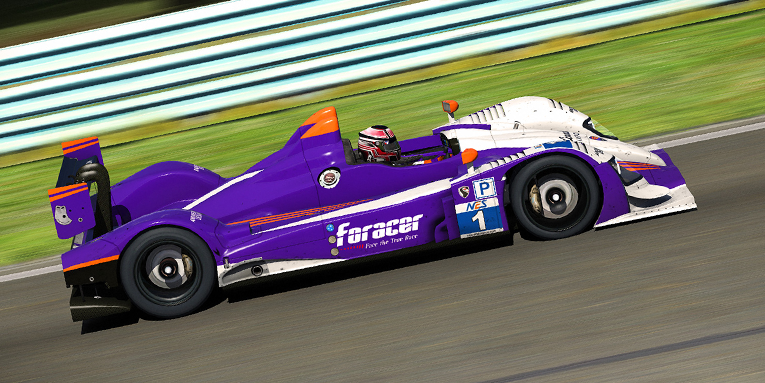 Coanda Simsport have been the dominant force in Prototype Endurance Racing on NEO, and they are the only double champions in the NES. Coanda are perhaps known more for their GT Racing success on iRacing, and that only makes this feat bigger. They branched out to Prototype full-time for the NEO Endurance Series, and it was an inspired decision. Their drivers, Jörn Jens, Martin Krönke, and Mitchell De Jong had only 2 notable incidents, which is incredibly impressive considering the 40 car field. One of those mistakes, in the NES2 8 Hours of Nürburgring, nearly cost them the championship to Radicals Online, but they still managed to get through the field and clinch the championship.

Coanda Simsport have their sights set to Open-Wheel cars right now, but they’ve said they will take part in the upcoming Season 3 of the NEO Endurance Series. Coanda have had success in Prototype this year already, taking the 24 Hours of Daytona victory in the Prototype by 2 laps. But for them, 2015 was all about GT, with 5 victories in GT events/championships.

Mitchell De Jong started sim-racing in 2011, to test his racecraft against professional iRacers. He also has had much Prototype success, winning the 2016 24 Hours of Daytona with his fellow Coanda teammates.

Martin Krönke started sim-racing from a very young age. In 1995, he watching his dad play and was instantly hooked. In 2007, he started competitive sim-racing He competed for his pro license in his second season at iRacing, and in 2011/2012, he gained just that. He also competes at a high level in Open-Wheel racing, as well as a 24 Hours of Daytona victory earlier this year. 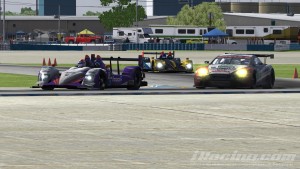 Jörn Jens started playing racing games in his youth, but never started seriously until 2007. Jorn got into high tier Formula cars and NASCAR by 2009 on another service, but only started iRacing in 2010. After 2 years, he was mainly oval racing, but he branched out to Open-Wheel cars in the next 2 years. He also does GT cars these days, racing competitively in iRacing’s biggest series’.

I interviewed Jörn Jens, Coanda Prototype driver in the NEO Endurance Series. This is what was said in the interview.

Q: What was the most difficult race in Season 2 for you?

A: I think it was the final race at the Nürburgring. We went into the race with a large, but yet not too comfortable lead in the championship into the race. After some technical issues early in the race which costed us lots of time, we had to fight our way through the field to get enough points to clinche the title.

Q: How were you feeling on the last lap of the 8 Hours of Nurburgring in NES2?

A: After the long season with ups and downs it was really easing that we were in a position to be able to defend the championship. Because we were in a comfortable position and did not have any cars near us, we were more focused on the intense battle for the lead that was going on.

Q: Who were your biggest rivals for the championship last year?

A: Of course Radicals Online who were in the fight for the title in the final race, but we also had very close fight in some races with Team Chimera, unfortunately for them they were out of the race for the championship earlier in the season after a few low scoring results.

Q: Who do you think will challenge you next season?

A: I guess Radicals should give us a good fight again as well as Chimera if they manage to get more consistency into their results. But there were also some other teams like Friction Racing, Vortex SimRacing and Pure Racing team who could challenge us on good days, also heard that there are some other high profile teams interested in joining the series.

Q: What track would you like to see at a NES event?

A: I think it is no question that everyone would like to race at Circuit de la Sarthe in Le Mans once we have it available in iRacing, but I would also find it extremely challenging if the series would have a race at the Nürburgring Nordschleife. The track is mentally exhausting like no other because of the extreme high speeds and after we are not having safety issues, it would at least be my personal season highlight.

So, Coanda Simsport are the double NEO Endurance Series Champions. Will they become victorious in Season 3? Find out soon on Racespot, and iRacing Live.