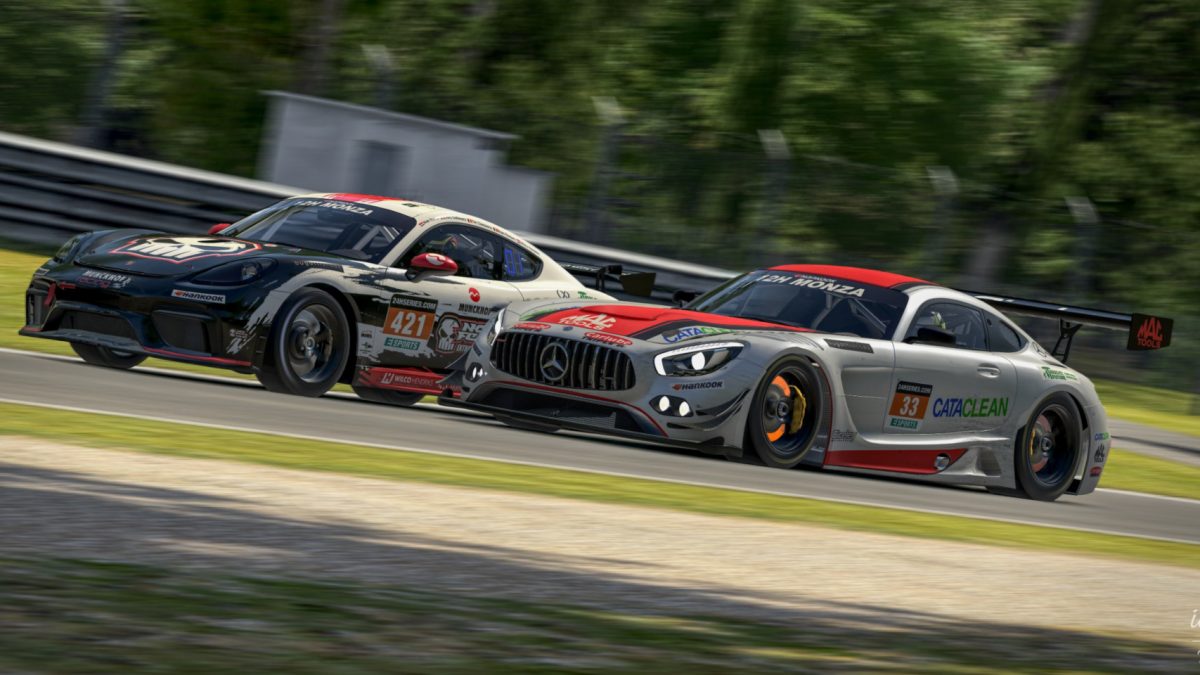 Two new additions to iRacing’s expanding stable of GT content will also have a home in NEO, pushing the 24H SERIES ESPORTS to four classes when its new season begins later this year.

The Porsche Cayman and recently released BMW M4 will comprise the GT4 class, joining last season’s combination of GT and touring cars that will also more closely resemble the lineup used by the real-world 24H SERIES in events such as last weekend’s 24H PORTIMAO.

“The GT4 class is growing in popularity in general,” said NEO organizer Niel Hekkens. “It is used in the real-life 24H SERIES and it’s a popular class in iRacing as well.”

While the GT4s may be the newcomers, they will have to share the spotlight and the track with their faster GT cousins. The GT3s will remain the top class next season, with competitors able to choose from the Audi R8, Mercedes AMG, and Ferrari 488 GT3 cars.

After some doubt about its future earlier in this off-season, the 991 class featuring the Porsche 911 GT3 Cup cars will also return. Hekkens said series officials weighed multiple factors before deciding to keep the 991s in the field.

“It was the least popular class and we saw more incidents in that class, mainly due to the difficulty of that car,” he noted. “But iRacing released a major update to that car before the Nurburgring 24H that made the car much more controllable and enjoyable.”

The two GT4s will slot in as the third-fastest class, just ahead of the TCRs that will again be composed of a tightly packed grid of Audi RS 3 LMS cars.

We’ve already gotten a preview of these four classes on track together in the recent 12H MONZA, organized by Creventic and administered by NEO Endurance.

In that race, a combination of real-world drivers and sim racers shared the Autodromo Nazionale di Monza for a day-to-night battle. eTeam WRT swept the top two podium positions in their Audi R8 GT3s, while MRS Sim Racing took first and second in the 991 class.

DUWO by SimRC took a double victory in both the GT4 and TCR classes, with lineups including NEO veterans Tom Vallenthini, Jürgen Frank, and Felix Luding. Leipert eSports also earned podiums in both classes with a pair of second-place finishes.

According to Hekkens, the results of that race, along with Creventic’s support, confirmed the new class structure, including both the TCRs and GT4s that tend to be closely matched in top speed and overall pace.

“We didn’t see any issues between the classes,” he said. “Monza is a unique circuit, of course, but the small gap in pace happens in real life as well. The bottom line is that it’s up to the drivers to adapt to the situation on track. That’s the challenge and fun of multi-class racing.”

Of course, the expansion to four classes for the first time in NEO Endurance Series history means each class will be smaller. In order to ensure a similar level of competitiveness that NEO has historically enjoyed, Hekkens said the series may again use a pre-season tool to fill the fields.

“Pre-qualifying would ensure a high level of competition within each class. Before I mentioned I wasn’t too sure if the procedure added value, but now I’m leaning towards keeping it.”

More details about that pre-qualifying event will be made available later, but Hekkens previewed one change that could make for a more even playing field in the multi-car GT3 and GT4 classes.

“We’re looking at some rule tweaks with pre-qualifying, allowing teams to switch cars between pre-qualifying and the actual start of the season,” he said. “This way everyone has the same odds in PQ and can worry about the car selection later.”

To that end, series officials are also committing more resources to evaluate the performance of the different car makes in each class to ensure a more even mix of entrants. Last season, Audis made up 12 of the 18 full-season entrants, with Mercedes used by the other six teams.

“As endurance racing enthusiasts, we love to have as diverse a grid as possible, even when it adds more headaches for ourselves!” said Hekkens. “We will put more effort into balancing the GT3 and GT4 class before and during the season.”

That work has already begun with the recent recruitment of BoP testers within NEO’s new competition department, and the results so far have been encouraging.

“The response was pretty good! We are going through the applications now and others have shown they are interested in helping us out,” said Hekkens.

“Last season we started making data-driven decisions for the BoP instead of just manual testing. To our own surprise, it worked well. For next season, we want to improve the process to add manual testing, mainly to validate the data.”

The expanding options within iRacing will provide additional tools for race officials to balance cars within the two multi-make classes, and testing those options will be another key responsibility of BoP testers.

“The new power adjustment settings are a welcome addition to hosted racing, but we still need to understand what it does and how it exactly works,” added Hekkens.

“Another important aspect of the competition department is figuring out how the ballast and power adjustments influence the performance of the cars. This way we don’t only know what we should change for the BoP, but also how and why.”

Even with the new cars joining the series, the additional data being collected should help make sure that it’s the best teams and most efficient endurance racers deciding the race victories once the new 24H SERIES ESPORTS season begins this October.