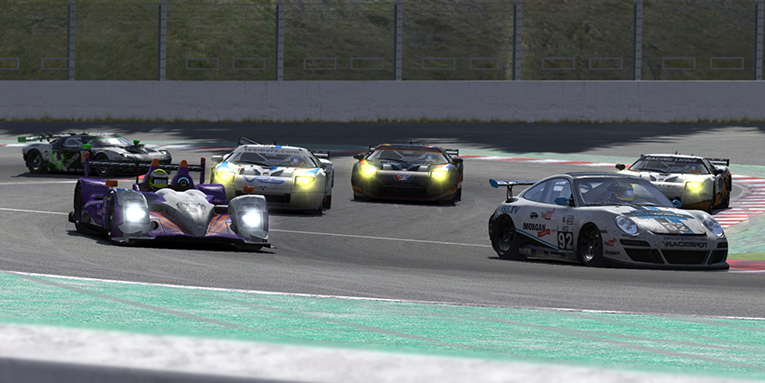 The first NEO Endurance Series race of 2015 was held at Circuit de Spa-Francorchamps. The Belgium track is one of the favorite tracks of (sim) racing fans and drivers. The 6 hours of Spa was the third round of the season. Again it was very close in throughout the whole field, in all classes. Also the track is very suited for multi-class racing, so it promised to be an exciting race once again. 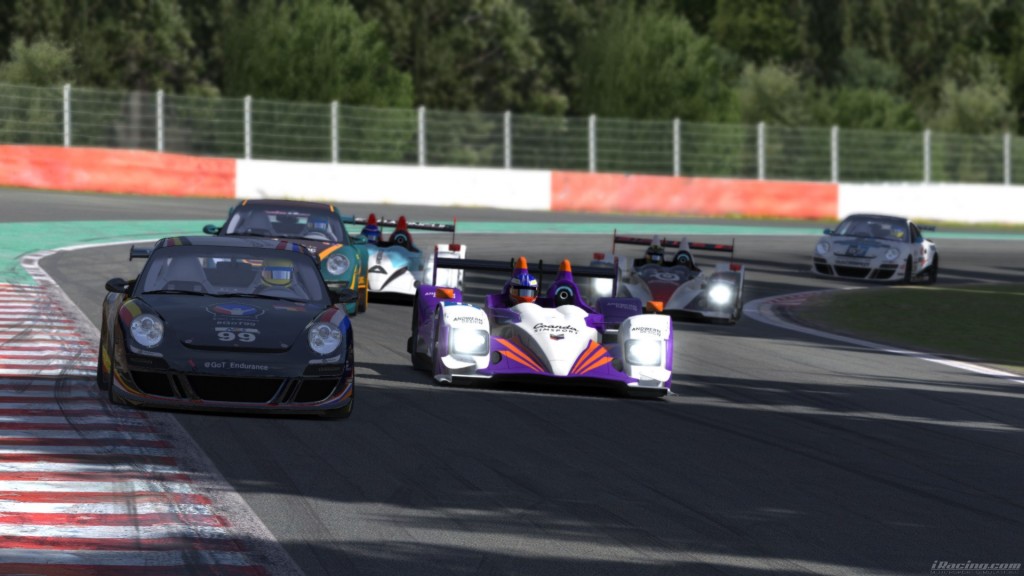 Back to back victories for Coanda Simsport
In the Prototype class it was Coanda Simsport who started the race from pole position, but Radicals Online took over the lead in the ninth lap of the race. The two teams switched positions throughout the rest of the race, until lap 115. Radicals Online got a penalty for an avoidable contact which gave Coanda Simsport the lead of the race. After that point, the 11 car never gave up the lead and took the checkered flag after 6 hours. Radicals Online finished second with a lap lead over third place finish Gathering of Tweakers 1 (GoT 1). New World Sim Sport (NWSS) car 21 finished third initially, but one of their drivers exceeded the maximum driving time limit for a driver and therefore are not classified. This resulted all teams behind NWSS in P class gained one spot. 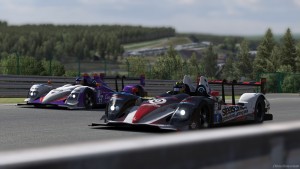 Because of the exclusion of NWSS, Twisted Apex Racing finished fourth. That is a good results as they started 12th. Kroenert Motorsport car 29 managed to finish in the top five at Spa. For sixth place it was an exciting battle throughout the race between KRT Motorsport, Racing Lions and USCSR. At the end it was KRT Motorsport who finished sixth. USCSR did pass Racing Lions in the final laps, but was one lap short on fuel. Racing Lions barely took seventh place while newcomers, USCSR, rolled over the finish in eighth spot. Team 7 IB – ClasseWeb finished ninth in the Prototype class. In tenth it was Friction Racing car 15, but they will not receive points as they did not complete 70% of the distance.

With their second victory of the season, Coanda Simsport increased their lead in the championship. Second is Radicals Online. They cannot afford any more mistakes in the final two rounds. Twisted Apex Racing is still third. For the complete standings, click here. 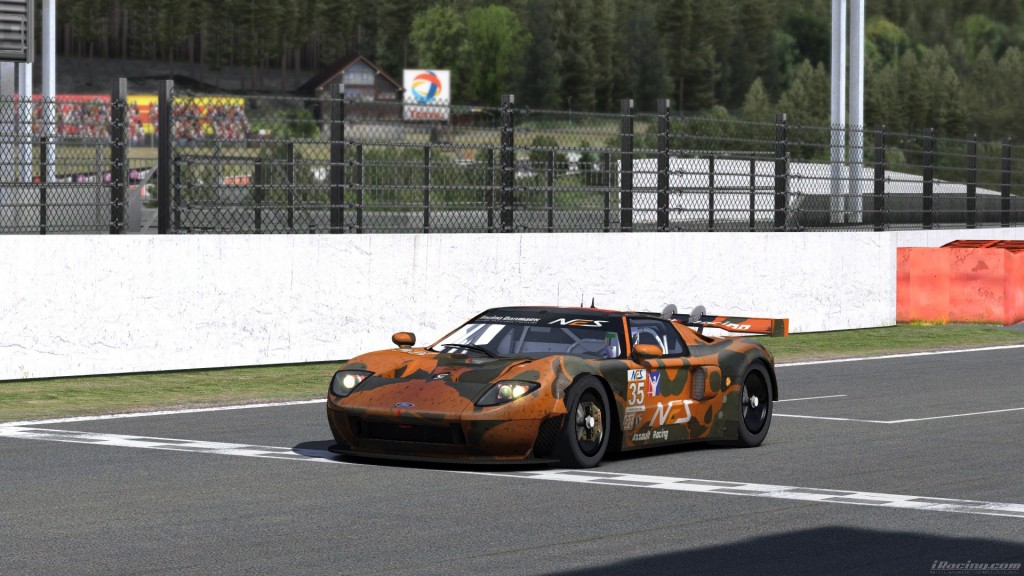 Fenix Motorsport 64 finished fourth and Friction Racing car 69 fifth. SimRC.de had a very tough race at COTA, but at Spa they managed to stay out of trouble and brought the car home in sixth. Behind SimRC.de it was Asbury Motorsports who finished seventh after an impressive pass in the final turn of the race. Racing Lions GT finished eighth. VRS came home ninth, after some hardware problems during the race. In tenth it was LazyMan Racing. 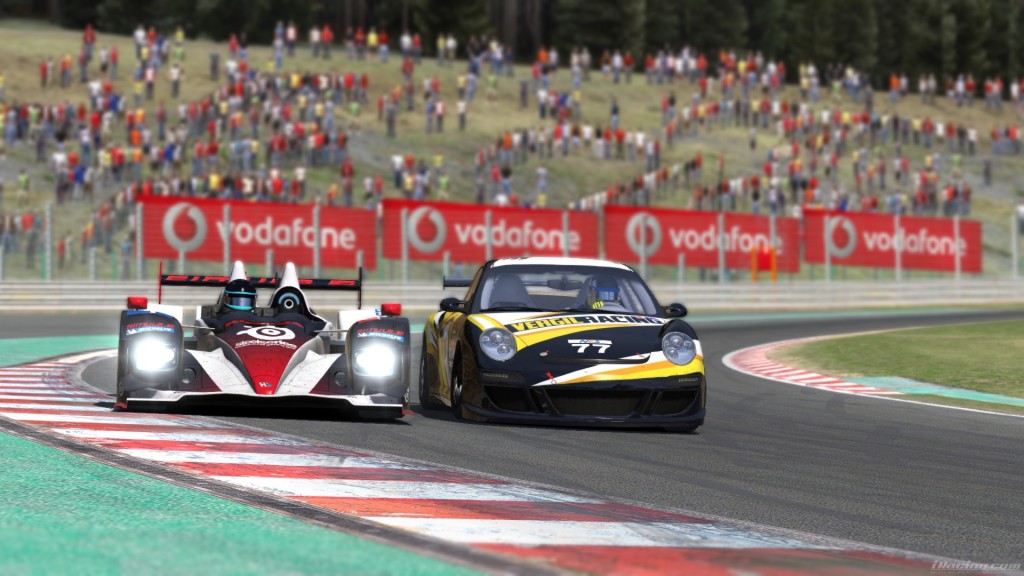 Vergil Racing back on top
In GTC class it was Vergil Racing who took their second victory of the season. Vergil Racing did had some troubles along the way, but their pace and perfectly timed use of repairs during the race kept Vergil in front of the rest of the GTC field. How close it was in this class is shown in the results. The top five in the GTC class were in the same lap after six hours of racing. SRN Motorsports managed to finish second and IRDK Endurance took the final step up the podium just 4 seconds away from second. Top three finished within 40 seconds on the track.

Winners of round two at CoTA, SuperSport Racing came in fourth at Spa after qualifying second last. With a better qualification who knows how they could have done in this race. Previous championship leaders, The Dart Frogs finished fifth, and have for now settled in third position in the championship. Finishing this race in sixth we find Virus who is back on track after a DNF at CoTA. Team Chimera had a troubled race after the first avoidable contact with Apex Racing UK car 73 in the opening parts. Chimera fought back and finished seventh. Slipstream Racing car 79, New World Sim Sport car 92 and KRT GT Motorsport car 80 had a close race swapping positions throughout the entire race. Slipstream Racing came out on top securing eighth after playing the fuel strategy just right, with NWSS in ninth, and KRT finishing up top 10.

In the championship Vergil Racing took back the lead. SRN Motorsports is trailing, with only 9 points. In third it is still The Dart Frogs with 94 points. For the complete standings in GTC, click here. 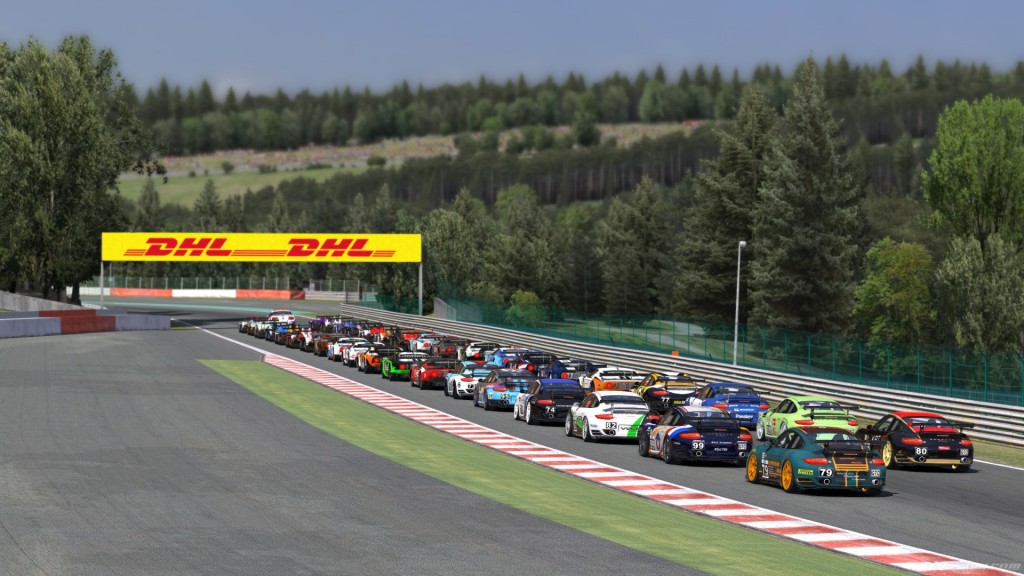 Full results and championship standings are available on the website. The race is also available as VOD in our race archive. The next round of the NEO Endurance Series is February 15th at Autódromo José Carlos Pace (Interlagos) in Brazil. The race starts at 14:00 GMT and will be live on Racespot TV.