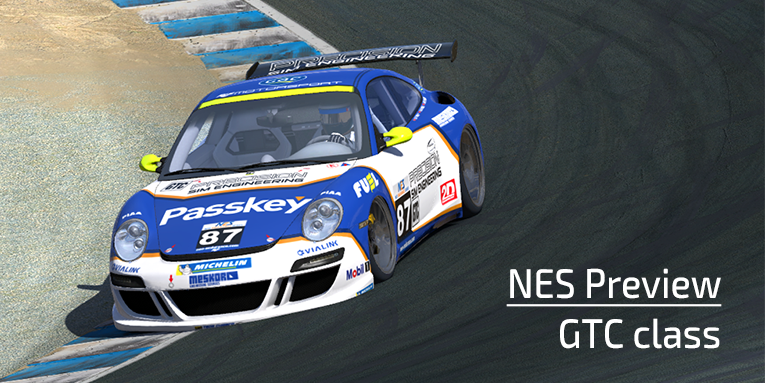 The start of the NEO Endurance Series is close and what better way to start it all of than with a quick preview by looking through the field. In this series of three articles we will take a closer look to the teams in each class.

The first class in the spotlight is the Grand Touring Challenge (GTC) class. In this class all teams use the RUF RT12R Cup C-Spec car. Unlike the other classes, each team must haven an AM driver in each race and that driver needs to meet the minimum driving time. This AM driver must have an iRating between 2000 and 3100 at the start of the first event.

Apex Racing UK (#73)
With the addition of pro license Antoine Higelin, Apex Racing UK looks like a strong combination of speed and stability in form of Trevor Johnson and Tim Mawson. Expect to see this car up front in the GTC class.

SRN Motorsports (#74)
The American team are the new kids from across the pond for NEO events. But they are no rookies, with great experience running in ISRA and based on their iRacing stats, they are a team to keep an eye on. They are very consistent and know how to finish in the top five.

Slipstream Racing (#79)
The Austrian based Slipstream Racing has apart from Martin Enzmann two Brits of Mark “Mr. Wheeldamage” Hewitt and their AM driver Richard Allbert behind the wheel. These guys are known for a great stability when in the car. A vital aspect in endurance racing because to finish first, first you have to finish. Earlier this year Hewitt was featured on inRacing News. If the team can keep the nose of their car clean, they can have great finishing positions.

KRT GT Motorsport (#80)
German KRT is driven by Corey Davis and Michael Morrison from the US together with Swede Karl Modig. In Danish Modig means “brave” and who knows if this team can be a joker with its two AM drivers and one PRO.

Torque Freak Racing (#81)
The British Torque Freak Racing has an all Dutch driver line-up in the GTC class. The team is a well known endurance sports car team. Drivers Groeneweg, Coppens and Van de Kolk are all good drivers with a consistent pace and know what it takes to run well in an endurance race.

Virus (#82)
The Dutch entry of Virus with drivers Dennis Gerressen, Roy Visser and Marcel Bosman has got the potential for good pace and great finish positions. All three drivers have experience in running endurance racing. Bosman did a 24 hour race last October and finished 4th with his team. At the moment it is hard to estimate what their chances are. They know what to do to bring the car home. If they can keep their nose clean, they could be on the podium. 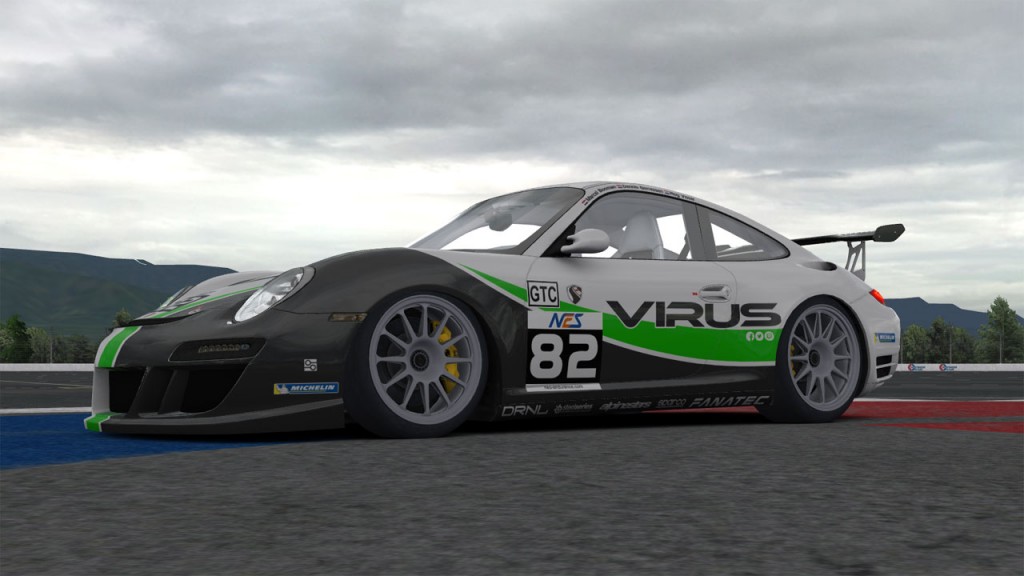 Team Chimera (#87)
All British team of Jamie Wilson, Simon Trendell and Adam Parle looks like a strong and quick team. If the AM driver delivers the car to the PRO drivers without damage, other teams have to see Team Chimera as a top team in the GTC class.

The Dart Frogs (#88)
The Danish team consisting of David A Jensen, Peter Dolmeyer, Jan Bronee and Karl Martin (US) has both quick PRO drivers and stable AM drivers. If the drivers stay cool, The Dart Frogs could be poisonous for the other teams.

New World Sim Sport (#92)
US based team New World Sim Sport of Randolph Chenowth and Kevin “RutgersKev” O’Keefe who are both in the AM driver region, and with just a two man team on paper it looks like a tough challenge ahead. But fear not, both drivers are well known racers and know how to drive in an endurance race.

IRDK Endurance (#95)
The Dane Train of iRacingDanmark entry has like The Dart Frogs quick and stable drivers in both PRO and AM. These guys are also racing laps for the Motorsport For Life charity, helping sick children.

Gathering of Tweakers 3 (#99)
The last team, but not least, in GTC is Gathering of Tweakers 3. Drivers Pascal Teunissen, Kevin Vekemans, Pascal Laan and Danny Bouwes (from Raceskins) features 3 AM region drivers and one PRO of Kevin Vekemans. Like the #92 NWSS entry these drivers are capable of more than what just meets the eye. Safe driving will definitely take this team up the standings.

Conclusion
No team really stands out much from the pack in terms of better chances of winning the GTC class and it is really tough to pick out a winner. Maybe Apex Racing UK and Team Chimera may have a slight advantage due to their PRO to AM driver ratio and the quality of these drivers. But still, endurance racing is down to keeping your cars free from damage and running consistent stints. Most teams are able to do this, so the battle in the GTC class is definitely not decided before the very last race has finished.

To see the complete line-ups, head over to the entry list.
The NEO Endurance Series starts November 23rd at Sebring International Raceway. The race will be broadcasted by RaceSpot.
For more details go to neo-endurance.com.