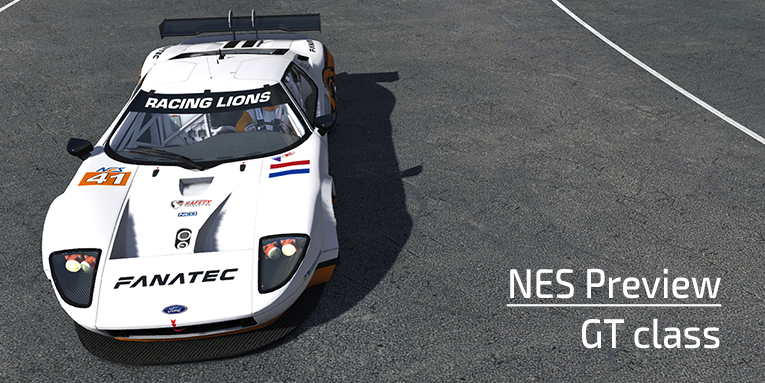 After the rundown through the GTC class, it is time to go to the next class. In part two of the NES preview the Grand Touring (GT) class is in the spotlights. Let’s find out who are the 16 teams and their drivers in GT. Just like last time, the teams are ordered by number.

Simrc.de (#32)
This German team SimRC consists of Stefan Seitweger (AT), Tim Berti (DE) and Manuel Sanchez (ES). To the author’s knowledge this is the first time any of the drivers participate in NEO events, but Sanchez has previously done well in endurance racing. Possibility: Top 8

Lazyman Racing (#33)
Layman Racing is one of the many NEO regulars. In 2013 they have run very well in various NEO events. This year they are back with one GT entry and their driver line-up looks strong. Do not lose this team out of your sight.

Apex Racing UK (#34)
The #34 Apex Racing UK is, unsurprisingly, a very strong team. Jesper Pedersen and Lasse Bruun-Hansen are former iWCGPS drivers, while Lee Thompson and Clive Lawrence have done more than well in previous NEO events. Expect this team to fight for the win. 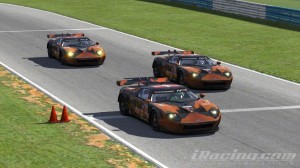 iRacingDenmark Assault Racing (#35)
Specialist in the Ford GT, Erik Veidorf, teams up with two fellow Danes Gunner Moore and Rasmus Laursen. These guys are also very fast. Like ARUK these guys look strong on paper, and from the early practice at Sebring they are on top of the time sheets. Watch out when driving around them, they are difficult to see with their camo livery.

Torque Freak Racing (#41)
The GT entry of Torque Freak Racing will be a dangerous outsider for the podium. Its drivers Philip Widdowson, Timo Verhoest, Mark Bird and Lars Moldenhauer are well known names in NEO events. Apart from a good overall speed this team is known for its consistency and perseverance, two things which are vital in endurance racing.

Racing Lions GT (#42)
Dutch Racing Lions GT is very similar to the TFR team. With drivers Koen Geeraerts, Wim Stockmans, Robbert de Rooij and Arno Gijben they have a pretty good line-up whom have a lot of experience in the Ford GT. This team needs to be consistent and stay out of trouble to have a shot at the podium, but it will not be easy. With an average of just 175 iRating points more than their #41 competitors we are up for an exciting inter-team battle here.

Asbury Motorsports (#44)
Stefan Overgaard, George Britton, David Desroches and João Cardoso make up Asbury Motorsports who on paper looks frightening as they poses both qualities of speed and consistency. Whether or not they have the speed it takes to deal with the top runners, we are yet to see.

Vergil Racing (#46)
Dutch based Vergil Racing is well known for its victories in NEO events and the team they have put together is a lethal weapon in endurance racing. Anders Dahl, Stefan Muijselaar, and Markus Johansson are in a class of their own. Times from practice so far has equaled them with IRDK Assault Racing and Apex Racing UK.

Glacier Racing (#48)
Not a lot of words are necessary for this Finnish team. They are Fins and they are very fast. Glacier Racing wants to win this class and on paper they can, if they can keep their cool (pun intended). With an average of 6098 iRating there should be almost nothing stopping them.

New World Sim Sport (#50)
The American team of Jon Hall, Jonathan Fuller and Amjed Yamin is yet another constellation looking to climb the podium at the and of the race. All drivers are specialists in the Ford GT. We don’t think they will be satisfied with anything less than a top five position.

VRS (#55)
Polish based VRS has GT Academy finalist Pawel Ledwoń alongside Piotr Jagodziński and Marcin Skrzypczak. No doubt this team will have the speed and expect this car to be up front.

Fenix Motorsports 64 (#64)
The GT entry of Fenix Motorsport is very consistent and persistent. They showed that in the recent Racespot 24H race at Spa. Getting the last bit of speed out of the car and keeping the car damage free are present matters for them.

Gathering of Tweakers 2 (#66)
Gathering of Tweakers 2 is quite similar like TFR and Racing Lions GT. This team of Marco Derix, Maykel Melis, Arjan Schepers and Dirk Teurlings is consistent and this team will have close battles with their direct opponents. It will be tough for them to get on the podium, but don’t rule anything out. 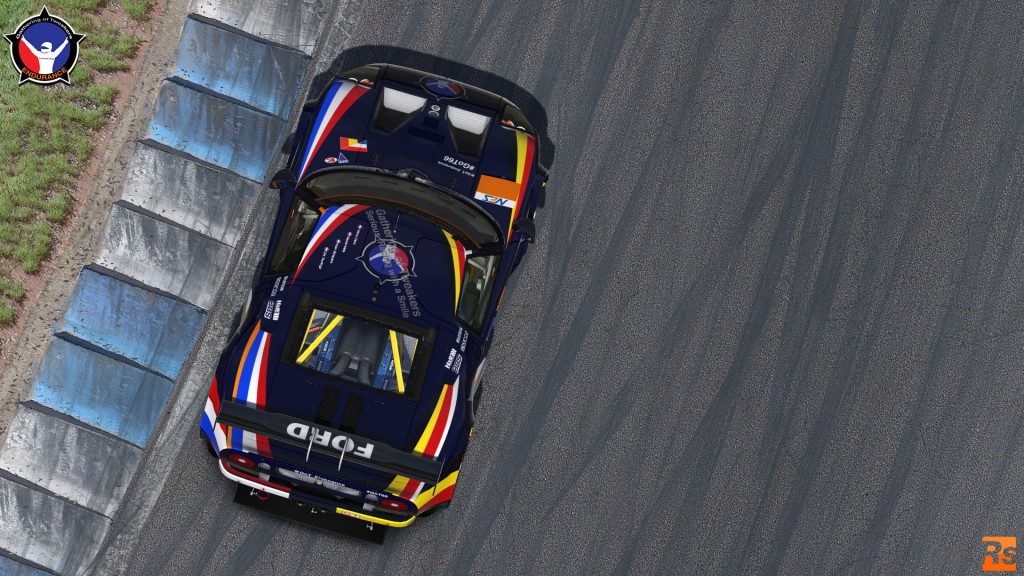 Friction Racing (#69)
The last team in the GT class is Friction Racing. Like NWSS these guys are outsiders for the lead battles as their speed and consistent is up there with the best. Rinse Jacobs, Christiaan Tanahatoe, Frederic Evers and Petar Peic can make life difficult for their competitors.

Conclusion
There is no conclusion to this preview of the NES GT class as this class championship is wide open. With teams like Glacier Racing, Vergil Racing, ARUK, VRS, New World Sim Sport, IRDK Assault Racing and Friction Racing there are so many possibilities to who will take the title. Ultimate speed, clean and hard racing will be the deciding factors to win this championship.

To see the complete line-ups, head over to the entry list.
The NEO Endurance Series starts November 23rd at Sebring International Raceway. The race will be broadcasted by RaceSpot.