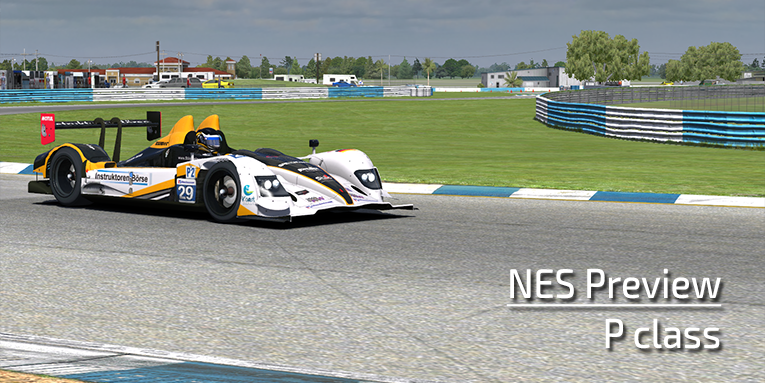 Radicals Online (#1)
Starting off with one of the favorites in the Prototype class, Radicals Online. The NEO GT Series champions are back and how. This team has it all. A real life racing driver, pro iWCGPS drivers and a couple of aliens. Throughout the whole season they have 8 drivers ready: Gooden, Bakkum, Nukarinen, Ilbrink, Martin, Amico, Salhani and Kreunen. All they need to do, is keep the car on the black stuff. No doubt this car will be battling for the top step of the podium.

Apex Racing UK (#3)
Apex Racing has two entries in this class and the number 3 entry looks to be the main contender in the championship. Like Radicals, all drivers are quick and stable and it will come down to who has the best damage control.

Apex Racing TV (#4)
Apex Racing TV of Darren Kirk, Conrad Venter, Liam Williams, and Ryan Littlemore also has a lot of speed but not as much as its sister car. This car will have some great battles right behind the top teams, with teams like Racing Lions and Gathering of Tweakers. This car will help the the sister car in the championship battle by taking points away from the competition.

Gathering of Tweakers 1 (#8)
The P class car of Gathering of Tweakers has also pretty good line-up with drivers Nick Thissen, Bas Slob, Bob van Katwijk, Remco Moedt and Joep Willemsen are regular participants in NEO events and these guys will do well. In NEO GT Series earlier this year GoT finished very well by being consistent. 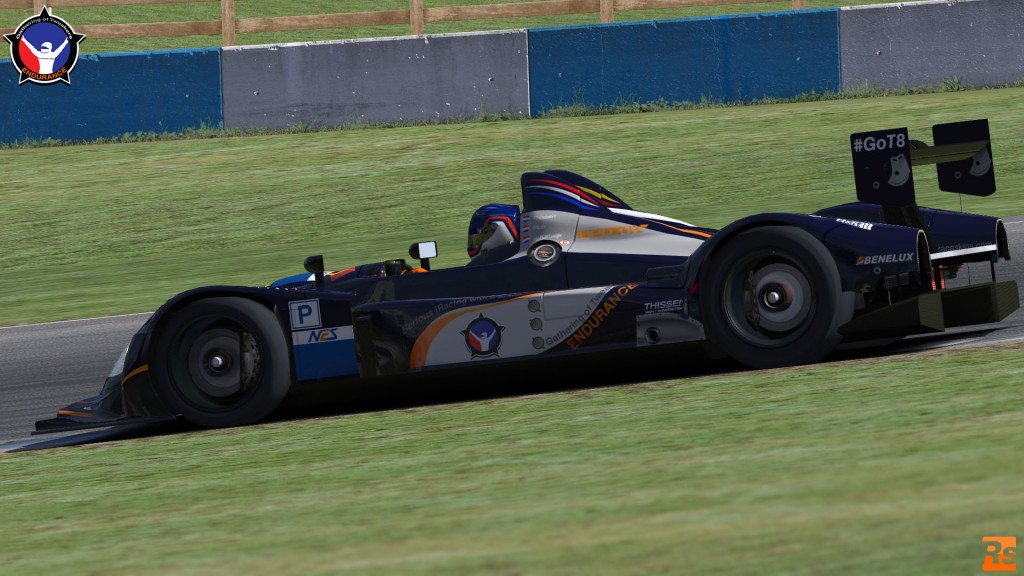 Fenix Motorsports (#10)
Fenix Motorsports has four drivers for the season. Two Portuguese drivers, Andre Martin and Jose Almeida, team up with Richard Hollyday (US) and Boy van de Laar (NL). The consistency should be in place, but what about the overall pace to battle for top positions? These guys will have to battle hard with the other teams around them for a possible podium finish.

Coanda Simsport (#11)
Recently established Coanda Simsport will need no further introduction as the driver list consists of well known top sim racers. Jörn Jens, Martin Krönke, Andre Boettcher, Martti Pietilä, Klaus Kivekäs, Philip Stamm and Jörg Knippenberg are all very fast prototype drivers. After winning the Racespot 24 hours and the first race of Masters of Endurance, this team is the favorite for the championship. But to win the prototype class they need to fend off their direct competition. 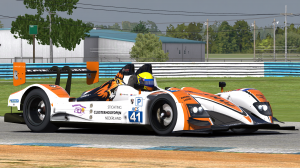 #14 Racing Lions
The Dutch Racing Lions team of Niel Hekkens, Thijmen Nabuurs, Gerben Bervoets, Deni Raets, Maarten Wijnen and Joep Gelissen may not have the highest iRatings, but their experiences in unofficial races are not denied. These guys will be focussing on consistency and try to stay out of trouble. This team is expected to fight hard with SuperSport, Fenix, GoT and KRT, to name a few.

Friction Racing (#15)
Like Apex Racing, Friction Racing has two entries in the prototype class. The number 15 car has Marcus Hamilton, Marco Mogren, Michele Mancusi and Tom Ward behind the steering wheel. They have speed and consistency, and with trouble free events could end on the podium.

Friction Racing (#16)
The 16 car is similar to their sister entry, but runs with 4 drivers more. With the different experience levels this team could lack of consistency. This team will prove they can do it.

Team 7 IB-ClasseWeb (#17)
The all-Italian team of Ivan Basso, Danilo Piazza, Luca Ceretti and Massimo Bindi has the speed and will to fight for great positions. But whether they will endure the challenges of long and hard racing, we are yet to see.

KRT Motorsport (#18)
Canadian Bryan Carey and the two Americans Andy Fuller and Daniel Quaroni are driving for the KRT Motorsport HPD. have much experience in multiclass racing in various series. They know what it takes to succeed in this type of racing. This will be an interesting team to follow during.

New World Sim Sport (#21)
Joshua Chin and James Swinbanks make up the New World Sim Sport prototype entry. They are the only entry with just two drivers and it will be tough for them mentally. Let’s see if they can keep calm and focused throughout the season.

Twisted Apex Racing (#23)
The Dutch NEO event winner Maxim Ramsteijn teams up with Hungarian Balázs Remenyik and Swiss Dominik Batz. Like KRT Motorsport they know what it takes to do well in endurance racing. This team will be an outsider for top positions.

Team Chimera (#24)
Darren Seal, James Yates, and Ben Tusting form a strong team for Team Chimera. These guys are fast and could fight for the podium finished. In order to do that, they need to run clean and fend of the other teams behind the class favorites. This British team will be interesting to watch.

Conclusion
With a total of 15 teams in the Prototype class we will be witnesses to a lot of great racing throughout the season. In this class there is a couple of favorites, like Coanda Simsport, Radicals Online and Apex Racing UK. There are also a couple of outsiders. Teams like Friction Racing and Team 7 IB-ClasseWeb for example. Behind the top three favorites there is a big group who all have about the same pace. This group will stay very close to each other throughout the races and these battles are also worth watching for sure.

To see the complete line-ups, head over to the entry list.
The NEO Endurance Series starts November 23rd at Sebring International Raceway. The race will be broadcasted by RaceSpot.