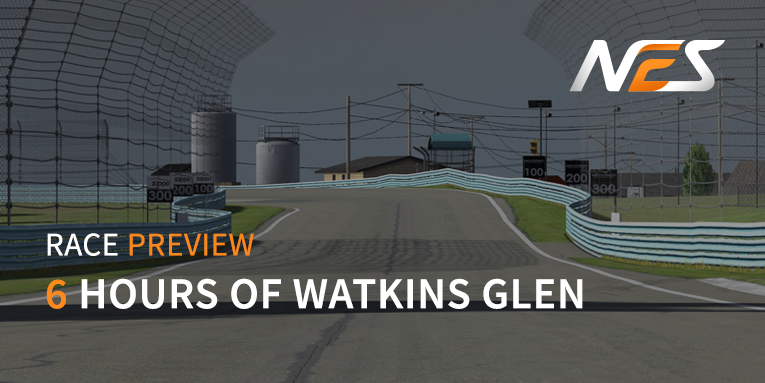 6 Hours of racing at Watkins Glen is upon us this weekend just before Christmas. This is the last race in NEO of 2015 and the competing teams want to finish the year off with a good result.

In the prototype class Coanda Simsport currently leads by 17 points to Friction Racing. This margin is too small with 5 races to go, so anything can happen in this class. With two DNF’s for Team 7A Racing will, on the other hand, need to prove they can finish the 70% distance and score some vital points.

The GT1 field is very tight except for Thrustmaster Mivano Racing, looking at the standings. The team leads with 33 points after winning at both Sebring and COTA. For last season winners, VergilRacing and Fenix Motorsports GT1, this is the round in which they will have to score some points after two devastating events. Fenix Motorsports GT1 has moved Jonathan Fuller from their GT2 team to attempt better results and VergilRacing must have something up their sleeve as well.

The situation in GT2 is that it is tight. Very tight. SimRC.de leads with just 9 points over IRDK Assault Racing, and we are sure the standings will be reordered again at Watkins Glen on Sunday. Despite showing great pace, MadCape Racing Team with 0 scored points has to improve on their stability to not lose out on the championship fight.

All in all, there is an exciting 6 hour race to look forward to.

The official entry list will give a detailed view of all teams and drivers. Also don’t forget the spotter guide made for the teams, broadcasters and the viewers.

There are multiple ways to watch the race. As usual NEO has a live timing page with the stream, live timing and race updates. New for this season is that the races are also broadcasted on iRacing Live as well.