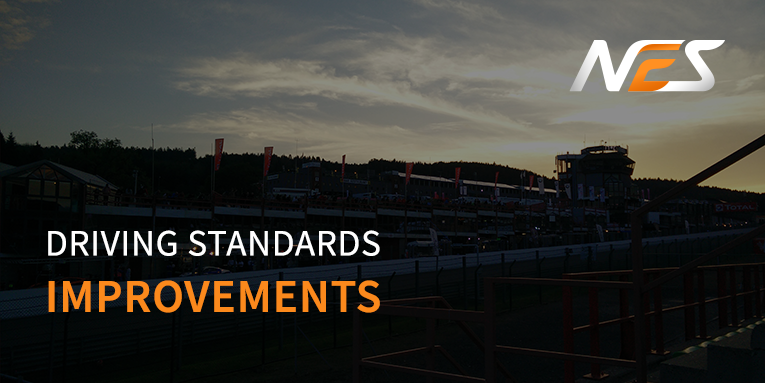 After three rounds of NEO Endurance Series the season so far has been exciting and there has been hard racing of both the good and bad kind. Compared to last season the driving standards are a bit lower for various reasons. NEO Endurance is always trying to improve on the racing, as we believe our series should be of a higher quality than a regular official race.

Fortunately all participants think the same, and it’s great to see such a high level of interest in improving the NEO experience. Improving driving standards is a two way proces. The organizers cannot improve driving standards by flipping a switch or just by changing the rules. The teams are equally responsible.

There has been communication with teams and drivers, as well as taking inspiration from other racing series (real life and virtual) to come up with a solution to improve the driving standards. From the organization’s perspective, changes have been made to the regulations, internal standards, how information is published and more. A summary of the things that have been done to improve the driving standards can be found below. Improvements have been sorted into two categories: prevention and penalizing.

Prevention is about transparency and informing teams of what to be aware of, but also about facilitating driving sessions where drivers experience about the same as they will face in the races. Finally it’s about the attitude of teams to practice enough, be constructive, analytical and fair in responses to others. Most important changes in the Prevention area are:

Statistically so far, this season has shown us that when any team gets a penalty they are likely to get further penalties in the same race. This hurt innocent teams more than it should. Also, what we realize now is that the penalty amounts are not adequate to the severity of the incidents, and that we haven’t stopped the faulty driving earlier in the process. Therefore we introduce a new penalization method that for example:

New is also, that any penalty more severe than a warning in a race will result in an automatic warning for the next race. Accumulating more than a certain amount of seconds of Stop & Hold time for penalties will result in a probation for the following race. For a 6 hour race, this limit is 120 seconds of stopping due to penalties before the probation is handed out.

Additionally, to accommodate lighter avoidable contact incidents we introduce Barging as a penalty type, in case the victim car can continue after being affected only slightly.

Finally marbles will not be cleaned up on the track between sessions. We will test this at the next race at Spa, because the effect of marbles so far has been non-existent, which we think is unrealistic.

To go in-depth about the new changes to our regulations, we recommend you to sit down with a nice cup of coffee and read our updated Sporting Regulations.