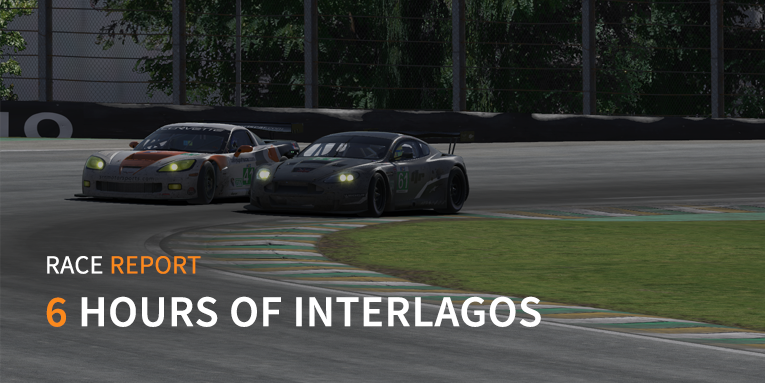 The fifth round of the season was held at Autódromo José Carlos Pace. Last year this track showed to be a big challenge for multi class racing. It has proven its challenge also this year. The first half of the race was filled with a lot of avoidable contacts. Race control had to throw a Full Course Yellow (FCY) to calm the teams and drivers down. This was the first time ever the FCY had to be used in the NEO Endurance Series. Race control hopes this will not be needed again. Once the race got back to green racing was much better. In the final hour two amazing battles in GT1 formed up, with a lot of side by side racing.

Not just about speed in Prototype

In the prototype class it was once again a huge battle for the top spot. Multiple teams showed the speed needed for a victory. After 6 hours of racing it was the 24 car of Team Chimera on the top step of the podium. They showed good pace with great traffic management throughout the race. Despite some troubles in the race, Radicals Online managed to finish second. The finals step of the prototype podium is for Friction Racing. This is the third podium finish for this team. 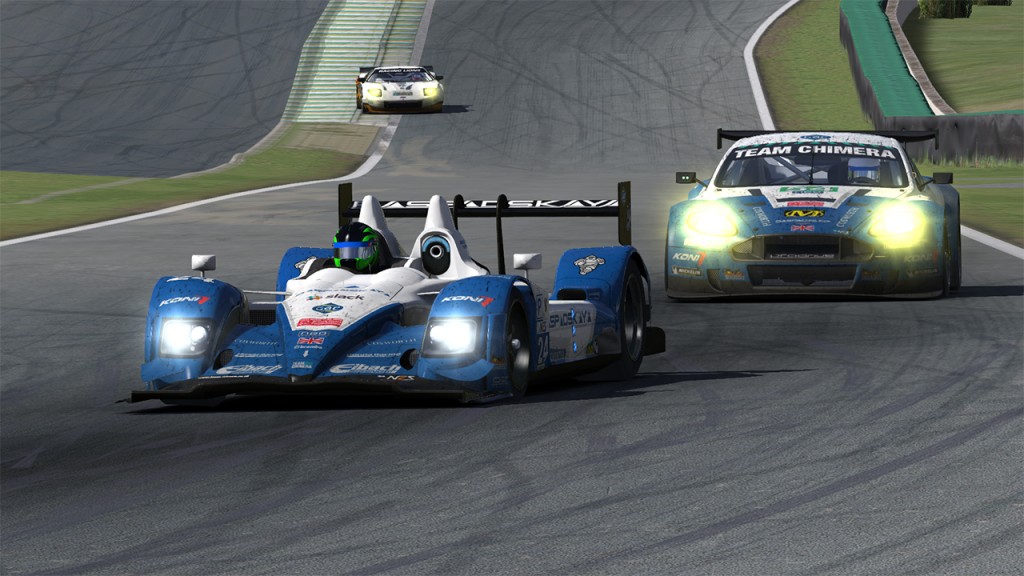 One lap behind the top three it is Geko Vortex Simracing in fourth position. VRS Coanda Simsport finished in fifth due to a hardware failure for one of their drivers, dropping them one lap down. After this problem, the defending champions had to minimize the damage. Gathering of Tweakers 1 finished in sixth.
Pure Racing Team (seventh), KRT Motorsport (eighth), Revolution Racing (ninth), and Online-Simracing.de (tenth) finish the top 10 for the prototype class.

VRS Coanda Simsport is leading the prototype class by 11 points over Radicals Online. Both teams have a solid lead to third place Team Chimera. The battle for third is not over though. Geko Vortex Simracing and Friction Racing are right behind Team Chimera.

Great battles in the GT1 class

Going into this event the Aston Martin had 5 kilograms of ballast added to balance the car better against the Corvette. This did not stop Thrustmaster Mivano Racing from dominating the GT1 class and taking their third victory of the season. In second position it was Hammer Down Racing. They were only Corvette in the top 6 at Interlagos. Radicals Online GT1 finished third in class after a solid drive. 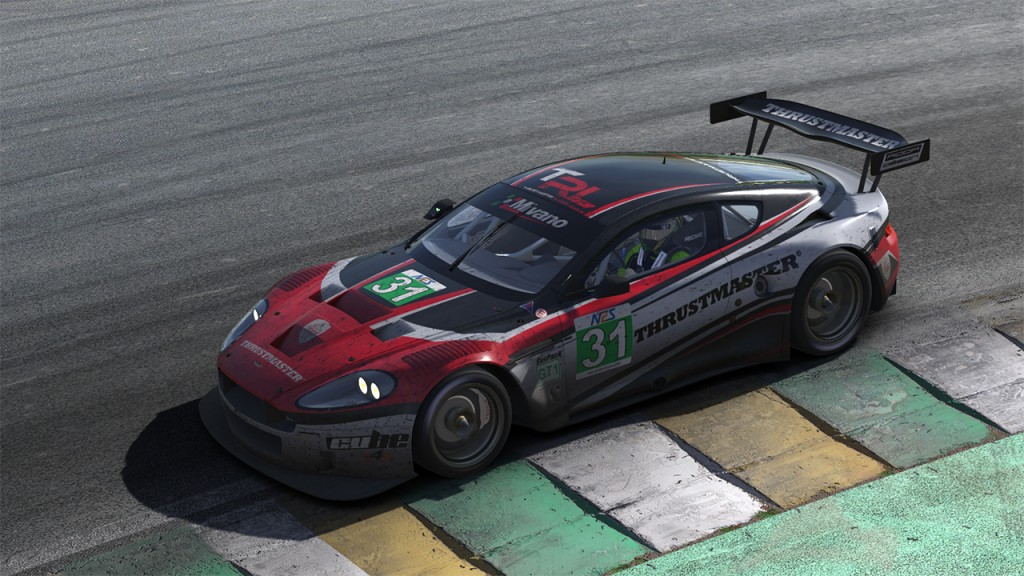 Excelsior Racing Team had their best finish of the season, finishing fourth in class. Team Chimera, car 54, finished fifth after a very exciting late race battle in the last hour with Falcon-GP, who finished sixth. Also the battle for seventh was very exciting. This battle was Corvette vs. Aston Martin and it were SRN Motorsports and Torque Freak Racing who battled for the brand bragging rights. SRN Motorsports eventually won that battle and finished seventh. Blue Flag Racing had their best finish of the season by finishing ninth. IRDK Endurance closes the top 10, after a very tough race for them. They had to take multiple hits throughout the race.

The championship battle in GT1 is very close. Thrustmaster Mivano Racing is leading the class by only three points over Radicals Online GT1. Hammer Down Racing is now solid in third in points.

In GT2 it was SimRC.de who dominated the class again, taking their third win of the season and extended their lead in the championship. IRDK Assault Racing finished second after two DNF’s in the previous rounds. Racing Lions took third place and this is their best finish in the NEO Endurance Series. 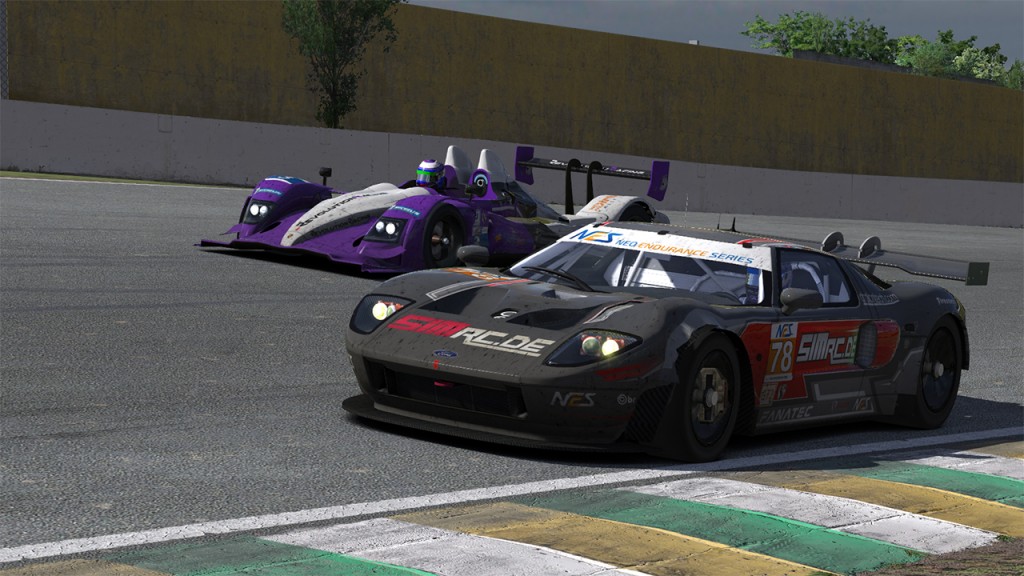 Asbury Motorsport finished fourth, after a good recovery drive. The starting driver of the 84 car, stalled the car on the grid and therefore had to start from the back of the class. Car 73 of Fenix Motorsports finished in fifth. They did not have the speed at Interlagos. Virus, Torrent Motorsport and Gathering of Tweakers 2 finish the GT2 field in sixth, seventh, and eighth respectively. KRT Motorsport GT was not classified due to an infringement of article 5.11 of the sporting regulations, exceeding the maximum driving time by one of the drivers.

In the points standings SimRC.de extended their lead. Fenix Motorsports FGT is solid in second. The battle between Torrent Motorsports and IRDK Assault Racing for the third place can be exciting to watch in the final two races of the season. Also multiple teams are still in the race for the top eight of the championship.

Team Chimera won the MSF Challenge in both the prototype and GT1 class. Impressively, the GT1 car with Jamie Wilson and Simon Trendell kept it to just 1 inc in the entire race! Fenix Motorsports FGT won this competition in the GT2 class. This challenge is sponsored by the Motorsport Safety Foundation. For more information about Motorsport Safety Foundation and their mission, go to their website motorsport-safety.org.

Full results and championship standings are available on the website. The race is also available on demand in the NEO race archive or on YouTube.
The penultimate round of NEO Endurance Series season two takes place at Monza on March 20 at 15:00 GMT.
This race will be broadcasted by RacespotTV on iRacing Live.

See you at Monza!