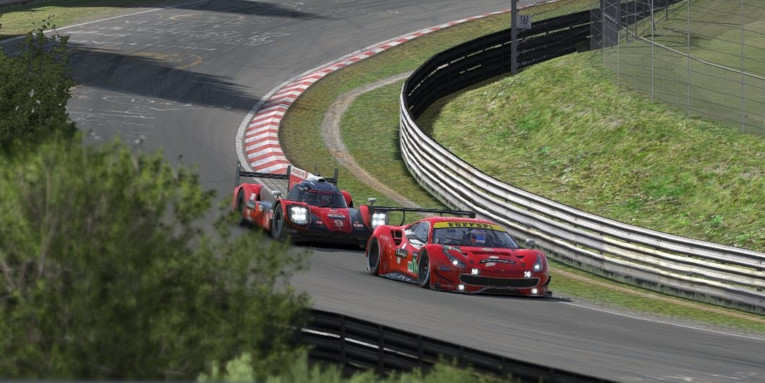 Next season’s NEO Endurance Series finale will have an added international flair thanks to the latest league partnership announced today with the Campeonato Virtual de Resistencia, or CVR.

The Spanish-based championship finished its inaugural season in February, and while it’s one of iRacing’s newest endurance leagues, it caught the attention of the NEO organizers and paved the way for this collaboration.

CVR’s Chief Executive Officer Carlos Gomis said he’s amazed at how far the league has come from its humble beginnings.

“The CVR project began in March 2018 when two teammates and I decided to create a Spanish endurance championship, because we didn’t have one,” said Gomis.

From there, the three teammates spent three months crafting the regulations, both to make their new series more organized and to help attract the country’s top teams.

“Professional regulations in private championships did not exist,” added Gomis, so “we thought this was very important to get teams in our first edition.”

Their hard work paid off. After a pre-season race last June to help set the grid, high demand for the remaining slots overflowed onto a waiting list for the 55 entries in CVR’s first season.

The six-race championship included four six-hour races and two eight-hour enduros. One feature that set the series apart from many others on iRacing was its choice of cars. Along with the Audi R18 etron quattro and Porsche 919 Hybrid P1 cars, they opted to include the Aston Martin DBR9 GT1 car and the Ferrari 488 and Porsche 911 GTEs.

Gomis said each class brought some interesting challenges for teams.

“The most competitive class was GTE because it was the category with the most applications,” he said.

“The P1 class was very competitive, but these cars are very complicated to configure a setup and the teams with more experience won the races.

“The least popular category was GT1. We hoped to increase the popularity of the Aston Martin, but it was the least competitive class because people don’t know the car.”

Those three classes were won by Champs iRacing’s P1 team, TRC Racing among the Astons, and Fast Repair Motorsport in the GTEs.

Of course, it wasn’t just those teams who enjoyed a successful season. After a strong debut for the league, Gomis looked to take CVR to the next level by establishing a partnership with NEO, iRacing’s longest-running endurance championship.

“It is the biggest achievement for CVR so far, and a huge recognition for our work,” said Gomis. “I suppose that Niel watched our championship when I contacted him and he agreed to the partnership because he saw a job well done.”

The details of that partnership will be similar to those last season with the DGFX Racing League and the Oceanic Endurance Championship. CVR’s class champions will receive invitations to the NEO season-six finale, likely to be held again at Le Mans.

NEO’s Niel Hekkens said sim racers in Spain should be encouraged that their home country-based endurance series has joined as a partner.

“It is exciting to have CVR added to the list of leagues we work with,” said Hekkens. “The Spanish sim racing community is huge and very active. We work now with leagues from the US, Australia, and now also a European-based league.”

To better mesh with NEO’s class structure, CVR’s upcoming season will use the P1, P2, and GTE classes. The schedule will again have six races, including a return trip to the Nürburgring combined circuit.

The season will also culminate in a 24-hour finale, ensuring that the class champions are well-prepared for a similar twice-around-the-clock enduro in their invited NEO outing. Gomis said he and his fellow series organizers are hard at work on the other details of the season and hope to announce them soon.

One other change for this season is a newly established association with the Drivers Parade Club, which Gomis called “the best platform and organization creating championships in iRacing for Spain”.

“This agreement allows us to offer the best prizes, better organization, streaming, and a website — www.driversparadeclub.org. We hope that this step allows us to have more teams interested in our second season of CVR.”

News and information about the league is also available on Twitter.

The first season was composed of “90% Spanish teams and 10% from South America,” according to Gomis, “but we are open to any country”.

With automatic invitations to NEO’s season finale up for grabs for the series champions, this new partnership will certainly make the already-popular CVR league even more attractive for endurance-minded teams across iRacing and around the world.

Improving communication via text only