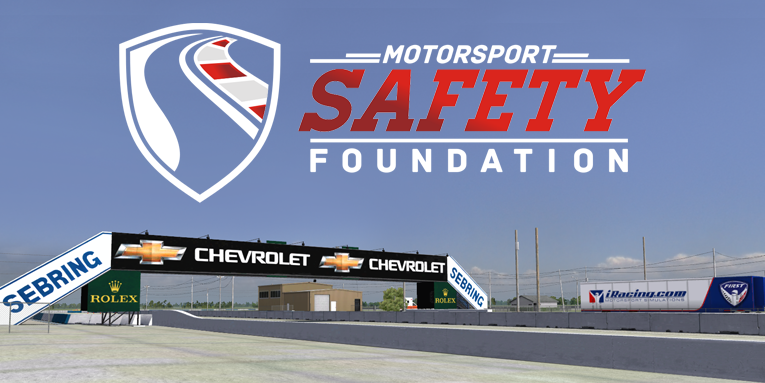 At the start of the season NEO Endurance announced a partnership with the Motorsport Safety Foundation. And now NEO is proud to announce how we are supporting MSF and its mission to improve the safety standards on race tracks.

What will NEO do?
Every time teams want to change their driver to their line-up during the season, they need to pay a fee of $5. This money will NEO donate to MSF at the end of the season, with an extra on top from NEO Endurance itself. For round two there were already eight new drivers added to various teams, for a total of $40 already. NEO would use this money for future events, but now this money will be donated to MSF. We will collect fees until the final race at Road-Atlanta and after the season we will donate this money to MSF.

What can you do?
If you also want to support the mission of MSF, there are a various ways you help to improve safety standards in motorsport. The easiest way is to donate money directly. Go to their website and click on donate on the top right corner. You can also get something in return by buying a product in their webshop. Their 2015 calendar is now only $25!

As you can see there are different ways NEO and sim racers can support MSF’s mission to improve safety standards on race tracks. Let’s show the world sim racers are not just gamers, but are race fans in the first place!

For more information about the Motorsport Safety Foundation, go to motorsport-safety.org.