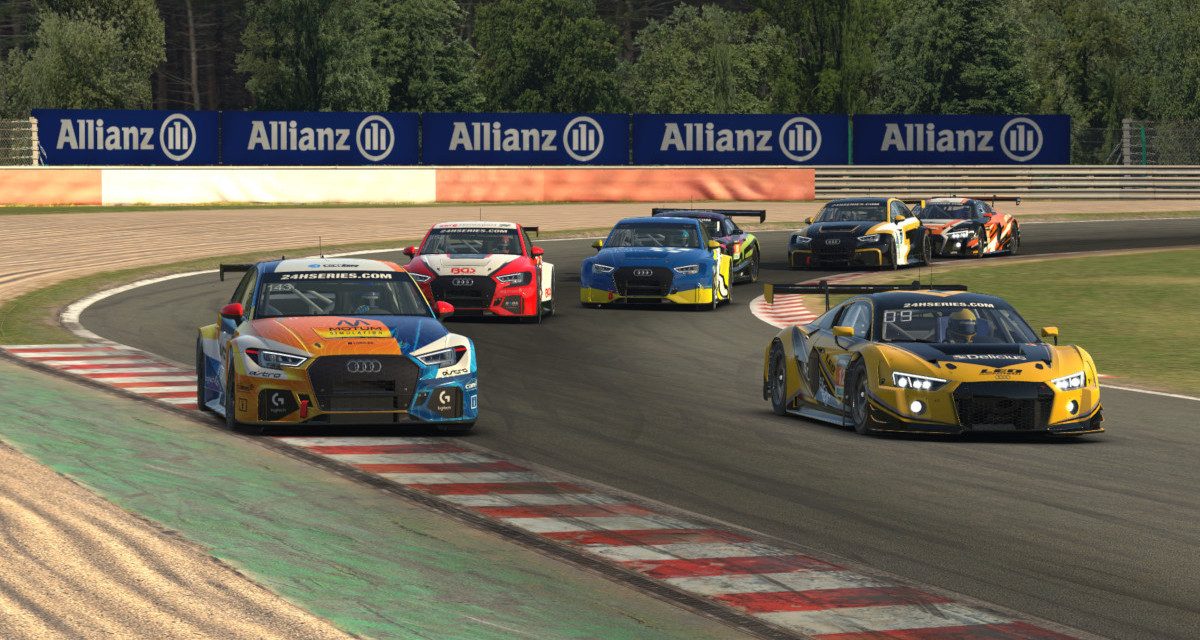 Our Roundtable Discussion feature is back this season as we convene some of our team representatives to discuss the latest race, series news, and what’s next for the 24H SERIES ESPORTS.

What was the biggest surprise for you and your team in the Spa race?

Moreno Sirica, #21 Williams JIM Esports: For sure the start of the race. Despite the big names in the grid, something went wrong and all of us know the result.

Joakim Vennström, #907 GOTeam Racing: The high level of tidy and clean racing despite all traffic. Not really a surprise at this level of racing, but still a new experience to us.

Miguel Freitas, #136 Team MAD: For Team MAD, the biggest surprise was the unexpected Internet issues for one of the drivers that made us have to completely change our strategy. We compare these kinds of problems with mechanical problems in real life. Nothing much that can be done other than have everyone thinking on all of the solutions to minimize the possible losses that this issues can cause, Thanks to our pit wall guy, hope remained and we got back home with a point after all these issues!

The Spa race was the first test of this season’s multi-class combination. How was traffic in the race, and did you notice any issues?

Moreno Sirica, #21 Williams JIM Esports: As usual, multi-class racing is always demanding and you can’t distract yourself for a single moment, but we were able to manage the traffic in the proper way and stay away from the troubles.

Joakim Vennström, #907 GOTeam Racing: The traffic was sometimes really intense and demanding. But we managed to keep out of trouble and had no issues with it.

Anders Dahl, #911 Burst Esport: It surprised me just how slow the TCR cars were on the straight. If you caught one at the wrong spot into Eau Rouge, it was an easily lost couple of seconds.

Miguel Freitas, #136 Team MAD: Not many surprises. Closing speeds are less drastic than the previous season with P1s appearing in the mirrors out of nowhere. Just a few occasions where misunderstandings caused some scary moments.

This was the first race to use the new penalty procedure that allows teams to combine stop-and-hold penalties with standard pit service. Do you think this is fair or too lenient for penalized teams?

Joakim Vennström, #907 GOTeam Racing: By doing it this way, the stop and hold penalty is not dependent on pit length. It’s always possible to adjust the time for the stop and hold if tougher penalties would be required. But I think the race was overall clean and we saw no reckless driving.

Moreno Sirica, #21 Williams JIM Esports: It is definitely an improvement. We like the fact that penalties can be combined with pit stops. In past seasons, a little mistake could take you out of contention, but now even with a penalty you can still recover and fight for a decent position.

Miguel Freitas, #136 Team MAD: I think that small penalties are now fair and won’t put anyone off the race. A five-second penalty will definitely make a team lose a couple of positions, but won’t take them out of the race.

Based on what you learned at Spa, how will your team adjust its approach as we head to COTA?

Moreno Sirica, #21 Williams JIM Esports: From what we saw in Spa, we deserved more than what we gained. The first-lap crash destroyed our car and we didn’t show our real potential. For sure we need to improve our car in all areas, but we can definitely fight for a top five.

Joakim Vennström, #907 GOTeam Racing: As we are quite new to endurance racing, there is much experience to be gained. One is how much slower lap times are and how much lower fuel consumption is in traffic. We will use that experience in upcoming races.

Miguel Freitas, #136 Team MAD: One of the big things that we took from the race is that anticipating traffic will improve lap times drastically! In a TCR car, missing the apex to let another car go will make us lose a lot of time a scrub the tires too much, so a clean pass on a straight is much better!

Anders Dahl, #911 Burst Esport: We need to find something extra if we want to challenge MSI and Alejandro Sánchez especially. Probably need to trade our souls.