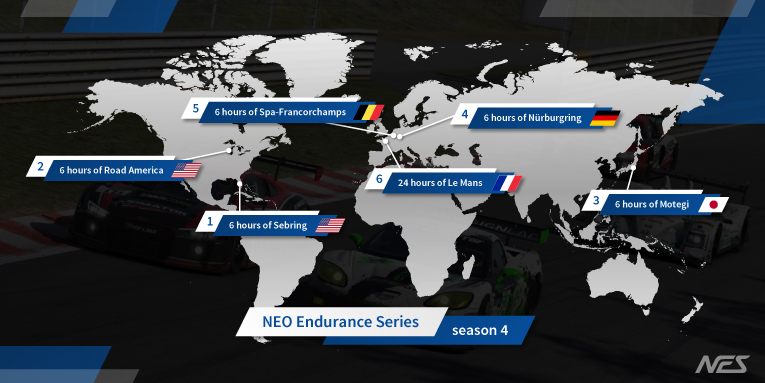 NEO Endurance is happy to announce the provisional schedule for the 4th season of NEO Endurance Series. Just like last year, the season will have six rounds with the big finale at Circuit de la Sarthe.

In October marks the start of the 4th season of the NEO Endurance Series. A series that has become one of the biggest endurance leagues within the iRacing community. While the six rounds closely echo the 3rd season in terms of venues and dates, a significant addition to the schedule is the debut of Road America.

The season starts, as now is tradition, with the North-American rounds at Sebring International Raceway and Road America, which replaces Circuit of the Americas. The third round is again held at Twin Ring Motegi, under the lights. The second half of the season starts the European rounds at Nürburgring, Spa-Francorchamps, and Le Mans.

“We prefer stability for the schedule. Last season we had great races an these circuits,” said Niel Hekkens, owner of NEO Endurance. “Every year it is really tough to decide on the schedule, because we are limited to six rounds and we are at great venues already. Removing one of the circuits is like having to pick between your favourite toys. After three seasons racing at COTA, we wanter to give another North-American based circuit the opportunity. Quickly we decided on Road America. We are looking forward to next season, especially with new brands coming to the championship.” 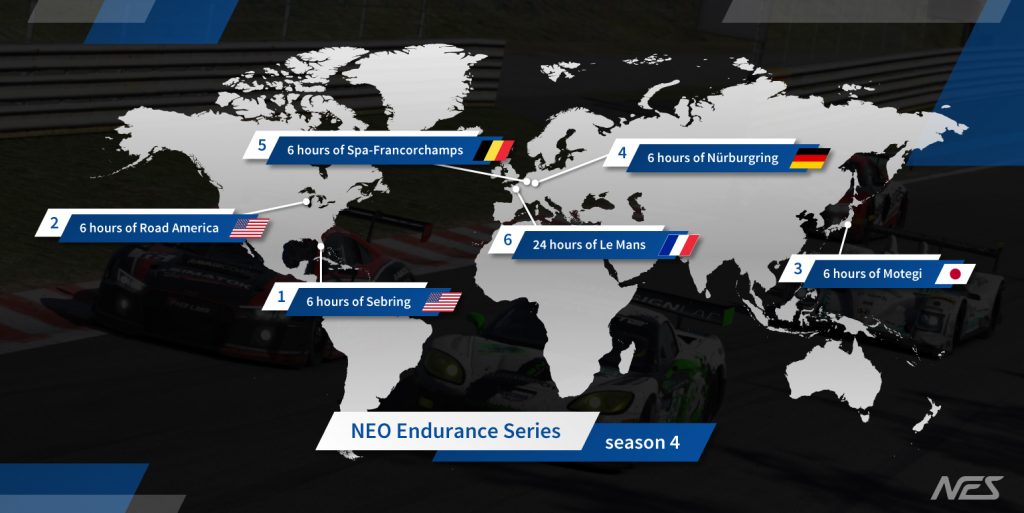