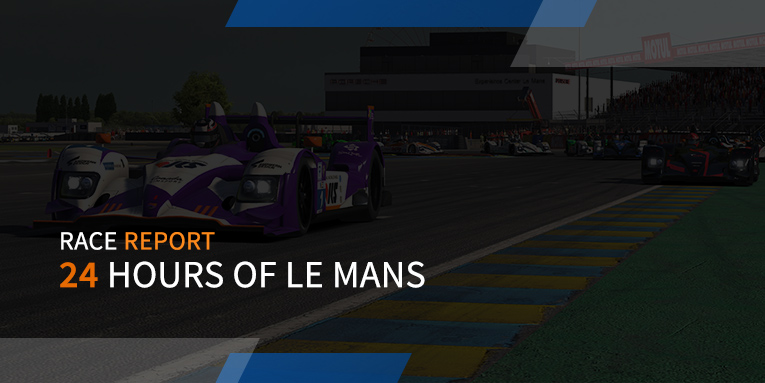 Season 3 of the NEO Endurance Series ended with the inaugural NES 24 hours of Le Mans powered by Racespot. With such a strong field, this promised to be one of the toughest endurance races of the year in iRacing.

A week before the race was qualifying to determine the grid for the 24 hour race. In spirit of the real race, the qualifying format was different at Le Mans. Instead of the 20 minute qualifying session for each class, all classes were on track together for a two hour session.

As usual, the times in Prototype class were close. VRS Coanda Simsport again managed to snatch pole position in the final seconds of the session, with just 0.032 seconds difference to Thrustmaster Mivano Racing. Friction Simsport and Radicals Online completed the second row.

The differences in the GT class weren’t as close as in Prototype. Torrent Motorsport took pole position by 0.6 seconds difference over Thrustmaster Mivano Racing GT. NES debutants Black Adder Motorsports, who earned an invite from GES, managed to take the third starting position in their Corvette. Heusinkveld CORE Motorsports completed the second row for GT class.

As we have seen throughout the whole season, the racing was very close in the Prototype class. The battle for the win was a three horse race between Coanda Simsport, Mivano Racing, and CoRe SimRacing. Mivano Racing had driver José Maria Lopez, driver for Toyota Gazoo Racing in FIA WEC, in their line-up for Le Mans. These three cars kept the pressure on each other. It was in the final stages when CoRe SimRacing fell off the lead lap on lap 364 (of 396). On lap 378 the engine blew up of the 22 car, which is a disappointing ending of their season. Coanda managed to fight off Mivano Racing. The number 1 car took their fourth win of the season and their third championship in a row. Radicals Online finally managed to get back on the podium after a difficult season. 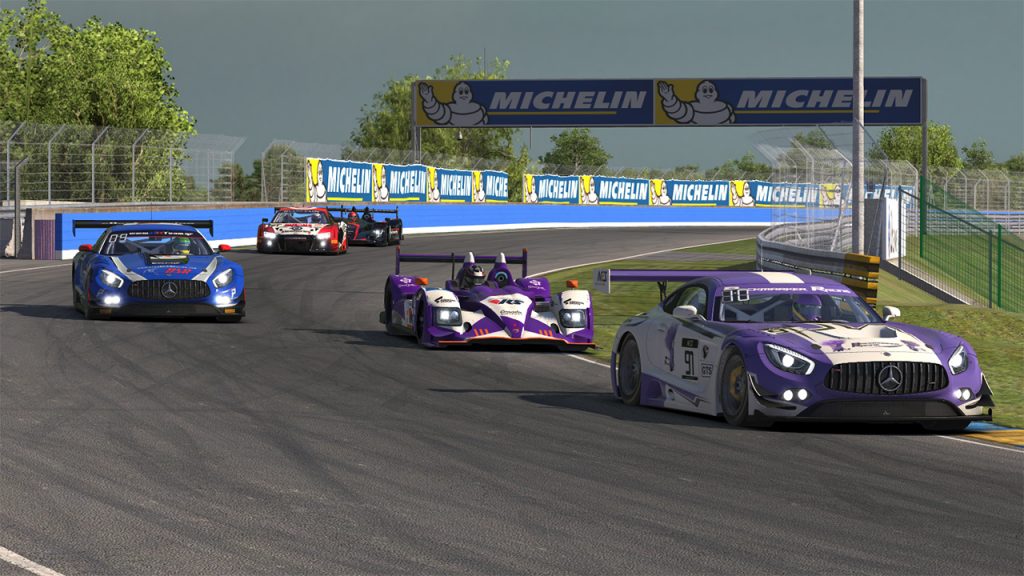 Friction Racing finished in fourth. In fifth is ACME Racing, which is their best result of the season. Team Chimera finished in sixth, after a season with high’s and low’s. Fusion Racing finished the season in a relative high, finishing in seventh. Pure Racing Team Black finished in eighth after a difficult race for them. An incident in the early stages of the race, cost them a lot of precious time. The HPD of TeamGT also had troubles in the first couple of hours. They managed to bring the car home in ninth. Despite the engine troubles for CoRe SimRacing, they got classified tenth and got valuable championship points.

The start of the GT race was fast and furious. Nobody could really break away because of the draft. Once the HPD started to pass the field, quickly a couple group of cars were formed. In the first quarter of the race some of the GT cars got in trouble. Vendaval Simracing was victim of the incident between cars 12 and 21 on Mulsanne Straight. They had nowhere to go and had to repair the cars. Hours later they managed to get back on track and managed to get classified. 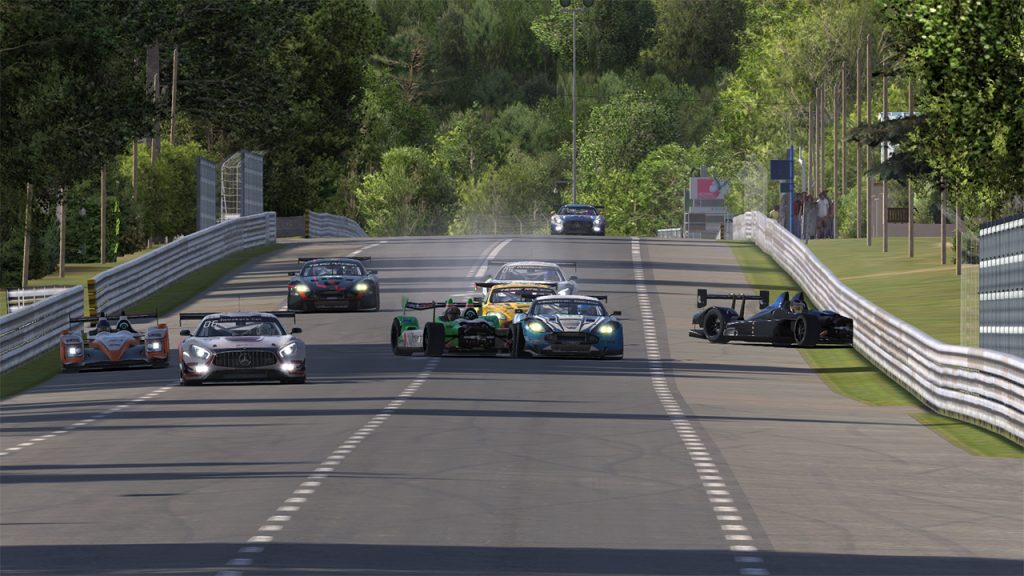 At the sharp end of the field CORE Motorsport lead almost the whole race. SimRC.de Iris was never far away to capitalise for potential troubles for the leaders. Though the 55 car kept their nose clean and managed to take the victory in GT class and the championship. SimRC.de Iris finished in second place, in front of the Corvette of VRS Coanda Simsport. The 48 car started from the back and fought their way back to the podium.

The second SimRC.de car finished in fourth place. Simracing For Holland, who got an invite after winning the GES championship, brought their Corvette home in fifth. They had a very strong second half of the race. SRN Motorsports finished in sixth after a solid and consistent race, resulting in their best finish of the season. In seventh place was the Aston Martin of Torque Freak Racing. The Racing Lions ended their season with a best finish at Le Mans, finishing in eighth. Team Chimera had a rare mistake in the final hours of the race. They tapped the SAFER barrier in the Porsche curves. This incident dropped them back to ninth. Black Adder Motorsport finished their first NEO Endurance in the top ten. 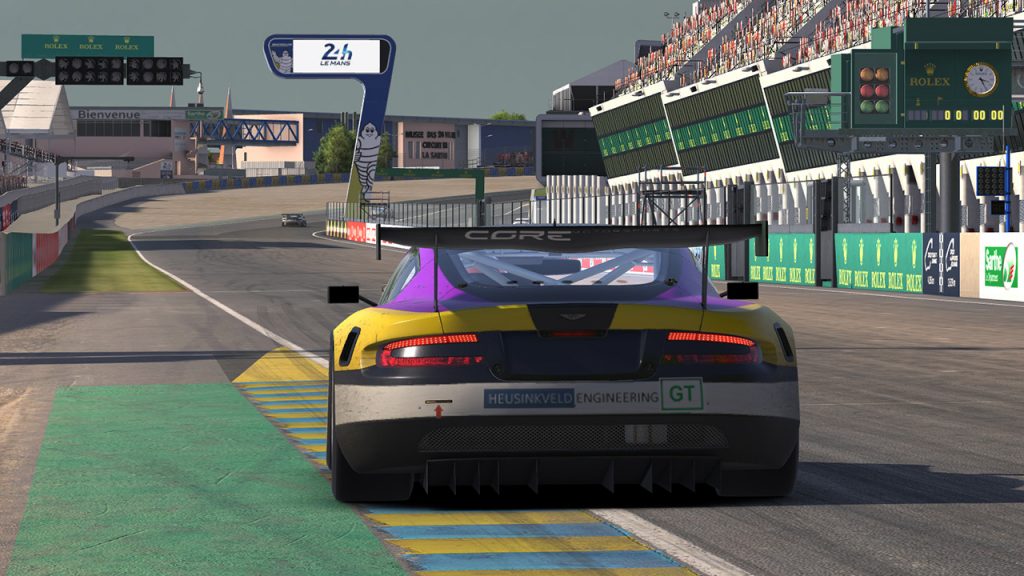 Also in the GTS class there was a lot of drafting. Throughout the whole field were multi car draft trains. In the opening laps the top 3 – CoRe SimRacing, Pure Racing Team, and MSP Phoenix Racing – managed to break away from the rest of the pack. After the first pit stops of the race, a couple of teams didn’t changed tires. Double, triple, or even quadruple stinting the tires would gain a lot of time and track position. 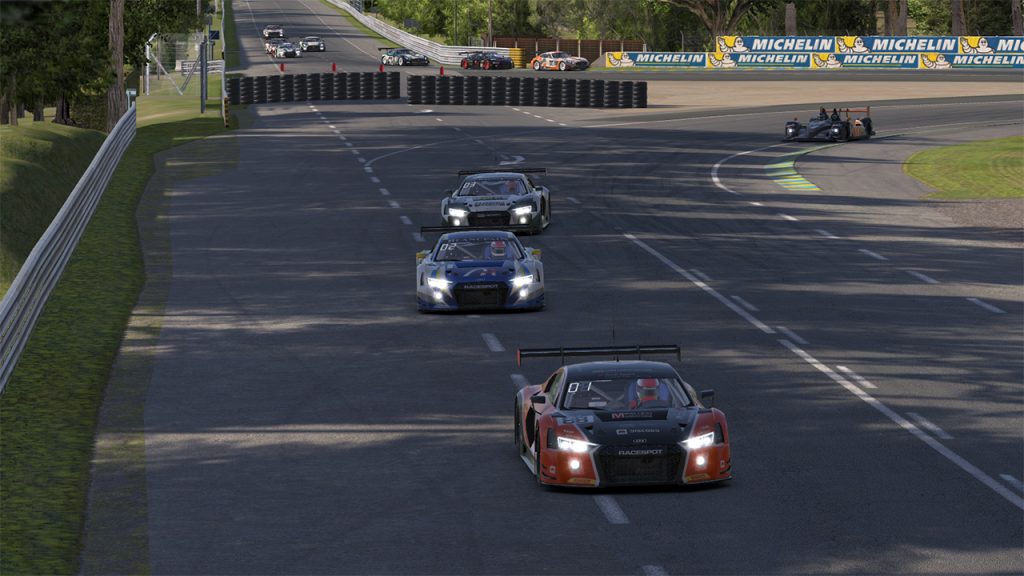 IRDK Endurance was one of the cars who did multiple stints on one set of tires, which led them to the front. Unfortunate incidents throughout the race cost them the race. After 24 hours it was Pure Racing Team GTS who crossed the finish line first. They clinched the championship in a dominant way, by winning 5 out of 6 races. Team DFTBA had a great race this weekend, by finishing second. Not only their result is very good. Michael Storm and Dennis Gerressen had to drive the race with the two of them, due to an injury for their third driver Marcel Bosman. CoRe SimRacing took the final step of the GTS podium, which is a great way to end a turbulent season.

Close behind CoRe SimRacing, it was Thrustmaster Mivano Racing claiming fourth position after 24 hours of racing. Team RSO finished in fifth. In sixth was the 93 Audi of Shinya Michimi SimRacing. MSP Phoenix Racing crossed the line in seventh in their first race under their new name. GES invitees Pure Racing Team, SRN Motorsports Orange, and Backmarker racing round up the top 10 in GTS.

That’s it for the inaugural NEO Endurance Series 24 hour race and season 3. It was certainly popular between drivers and fans alike. Stay tuned for the updates on the NEO summer event and announcements about season 4 of NES. 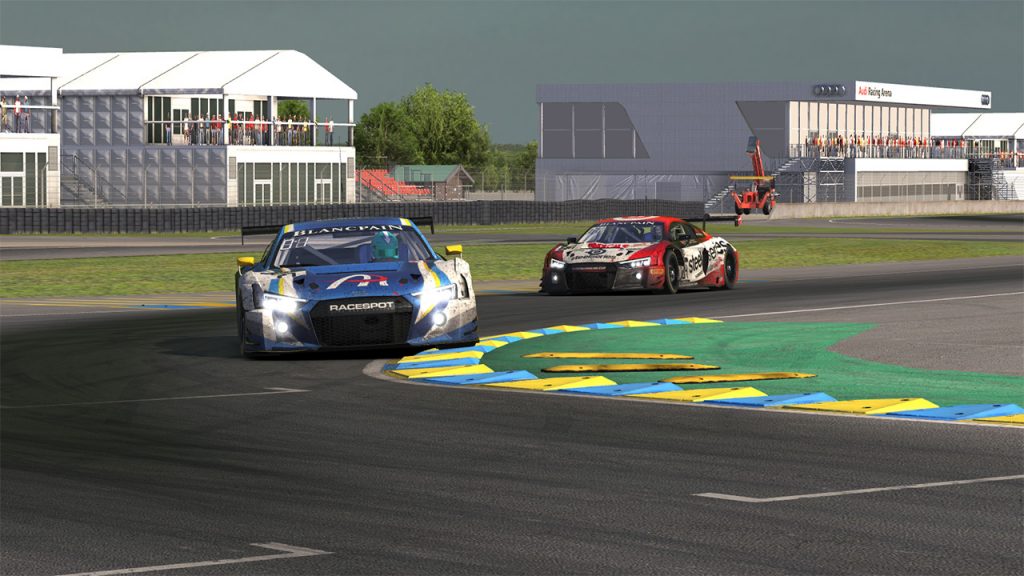