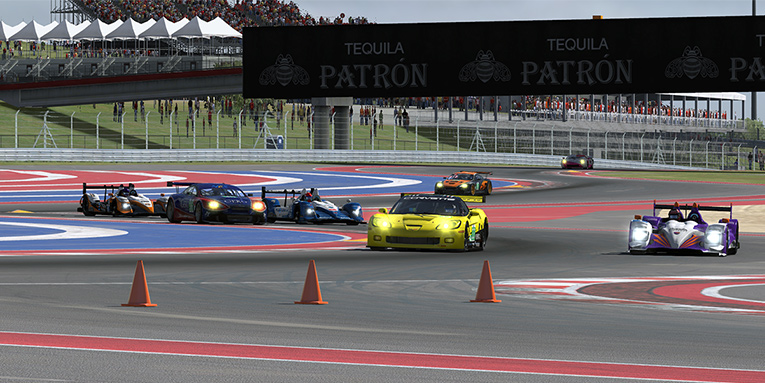 Veteran drivers may feel a bit of nostalgia when surveying the NEO Endurance Series’ season 5 schedule, as four tracks from season 1 — including two making their return after several seasons off the calendar — will be back to host NEO competition once again.

The season begins as it always has at Sebring, but that will be followed by races at Circuit of the Americas — last on the calendar in season 3 — and Interlagos, which hosted NES in seasons 1 and 2.

Series co-founder and director Niel Hekkens said the schedule changes were largely due to driver feedback and the need to find circuits that produced good racing both behind the wheel and in the stewards’ room.

“The track selection is a very important aspect of the series, because as an organiser you want to make sure the drivers can race,” said Hekkens.

“We also looked at how the races were last season,” Hekkens added. “As organizers, we weren’t too happy with the races at Road America and the Nürburgring.”

Another schedule change comes after the turn of the new year. NEO drivers and teams will head back to Japan next January, but this time, it’s not to Motegi.  Instead, the series will make its debut visit to Suzuka, the challenging figure eight-pattern Japanese circuit that promises to test setups and driving skills alike.

Again, this change was based heavily on feedback from the recent post-season survey among series competitors.

“The people have spoken!” said Hekkens. “Motegi was the most disliked track from last season and Suzuka the most requested track for season 5. After some brief research, we decided to give Suzuka the benefit of the doubt.”

Next February will again see a trip to Spa-Francorchamps in the last of five six-hour races on the schedule, and season 5 will wrap up with the 24 Hours of Le Mans on March 23-24.  This will be the third consecutive season to finish with a 24-hour enduro at Circuit de la Sarthe.

Overall, Hekkens called the schedule “a balance between stability and trying new things”. While he said he was surprised at the demand for COTA given its reputation among many iRacers, it’s further proof that NEO drivers are always looking to test their skills in the toughest conditions — and that includes the racing circuits.

“COTA is a technical and challenging track, but the racing has been great in previous seasons,” said Hekkens. “We are looking forward to returning.”

In some cases, simulators serve as a testing ground for real-world racing, but in the case of next season’s schedule, real-life competition in the FIA World Endurance Championship helped prove that the selected circuits could handle the combination of LMP1, LMP2, and GT cars.

“Not all tracks would suit multiclass racing, especially with LMP1 cars added,” said Hekkens. “Interlagos is a great track, and now with the WEC announcing it will return as well, we think this is a great moment to come back.”

While the schedule does include some familiar circuits and race lengths, one key change will be the pre-qualifying format.  Rather than having a single pre-qualifying session, this season will use two such events.

The first session will assess teams based on their pace, as has been the case in past seasons.  The fastest teams will then advance to a pre-qualifying race two weeks later, which series officials will use to evaluate drivers’ abilities handling traffic and bumper-to-bumper competition. Both events will be held at Silverstone, which has hosted the pre-qualifying activities each season they’ve been held.

Hekkens said driver feedback as well as last season’s interest in the series, which resulted in pre-qualifying being split into two sessions that may have reduced the amount of traffic teams faced, are the main reasons for the change.

“Season 4 was the first time we had to split up the grid and we suspect the track was too big for ‘just’ 30 cars per server,” he said. “So right now, we are looking into ways to make pre-qualifying not only based on lap times, but also racecraft.”

More details about the pre-qualifying format and assessment criteria will be made available later this summer. Until then, here’s a look at the full event schedule for season 5:

* date may be subject to change 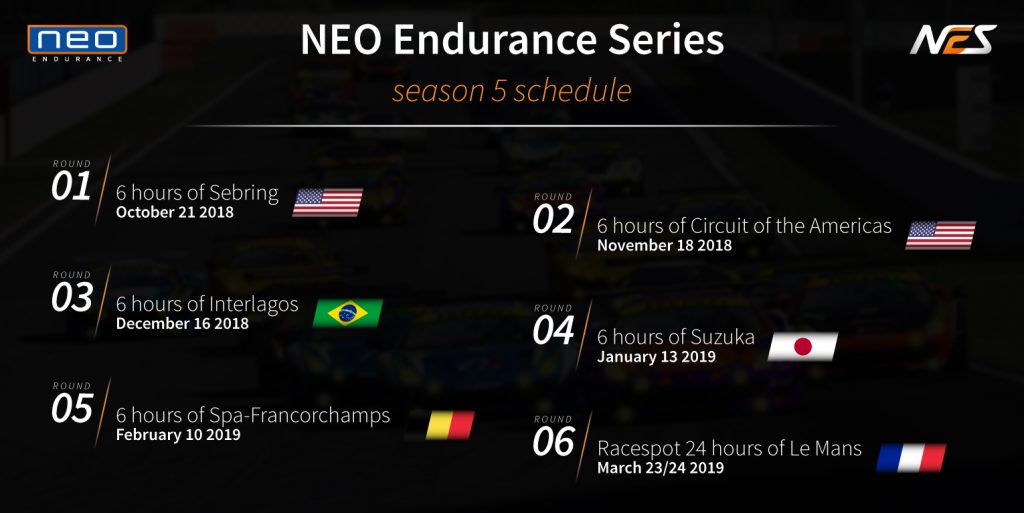