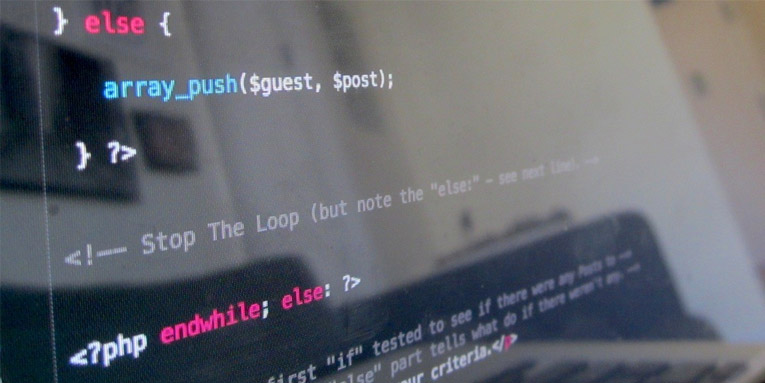 It’s been a while since the last development update post. Blog post #4 was in December of 2014 and since then not a lot has changed on our website. During the spring and summer months we focused on evaluating and improving NES and NEO itself. In May we announced the schedule for season 2 and a couple of weeks ago we published a lot of details. In this post I will cover other things we have done the last couple of months.

Since the beginning of this year, I wanted to update the NEO logo. To me, it felt the old logo was a bit old fashioned. I wanted to make the logo more modern. In the spring I’ve started drawing a lot of new ideas and variations. Unfortunately the drawings itself got lost during spring/summer cleaning. Luckily I can still show you the before and after pictures of the logo.

The first version of the NEO logo was created in 2012 by myself. After a while I found the shadow behind the letters annoying. Mainly because it did not scale properly in Illustrator. So I decided to remove the shadow. I don’t remember when I did this minor update, but I believe nobody noticed it anyway.

As said earlier, I wanted to update the NEO logo. This summer I had time to do this. Although the shape of the rectangle remained almost the same, the changes are significant. The letters of NEO are now slimmer and more modern. Also the corners of the rectangle are more round, giving the logo a more modern look. The word “endurance” has also updated to a more smooth looking font. All these changes make the logo more balanced overall. As you can see the white letters dominated too much in the old logo.

I’m very happy with this update. For me personally it is still the same, but at the same time it is also very new. The new logo is already used on new NEO crew t-shirts. In my opinion it looks really good. This logo will stay for a couple of years. 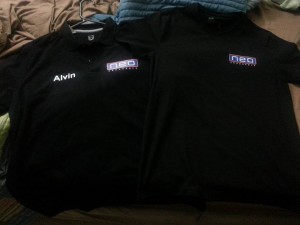 I’ve met Egil on iRacing in 2012, after the Sebring World Tour event. I had problems with my load cell of the CSP. Later it turned out the load cell was broken. Anyway, after the race we started talking and both had the idea to create our an endurance league. At the end of 2012 NEO was formed and in 2013 we started organizing single events. From that moment it went all super fast. Both Egil and I could not imagine how big we could have become, in just 2 years!

To get to the point: until this summer, I’ve never met Egil in real life. All that time we contacted through PM, Teamspeak, Facbook Messenger and comments of Google Drive. This summer Egil and I planned to meet each other at the 24 hours of Spa. Thanks to Egil’s team mate, Jakob Søndergaard, we could see the race. It was an awesome weekend. We had a great breakfast spot at Rivage. Finally, after all those year we meet each other in real life. It is really weird, and normal at the same time, to meet finally somebody in person after all those years of communicating and working together (very well) over the internet. 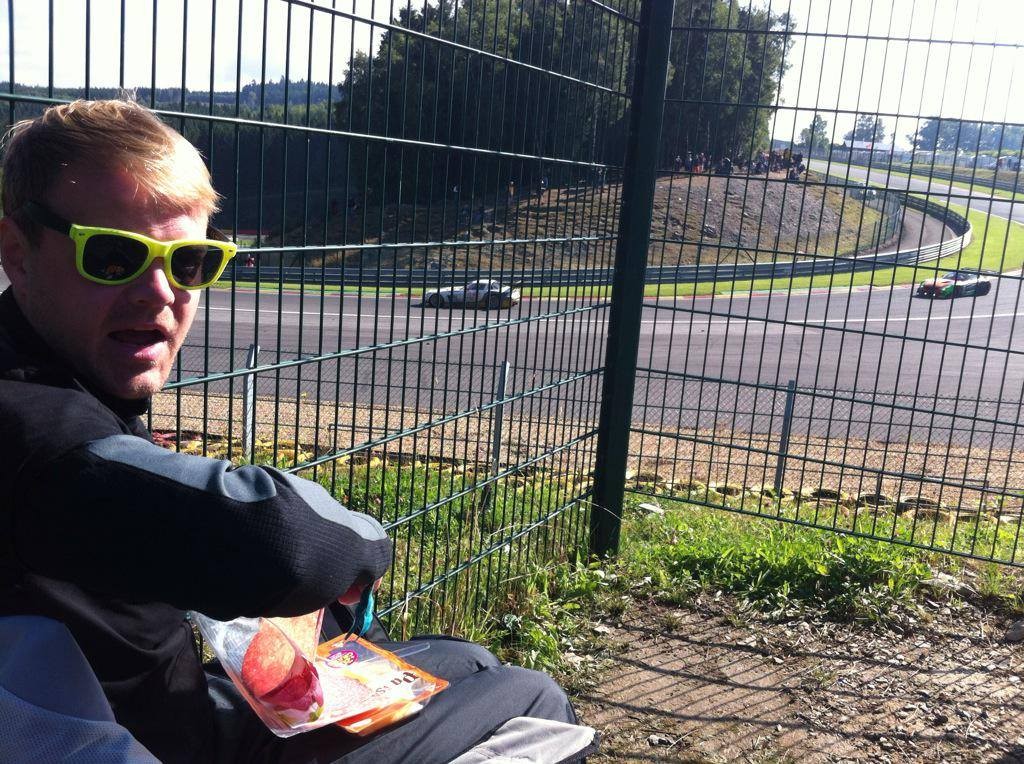 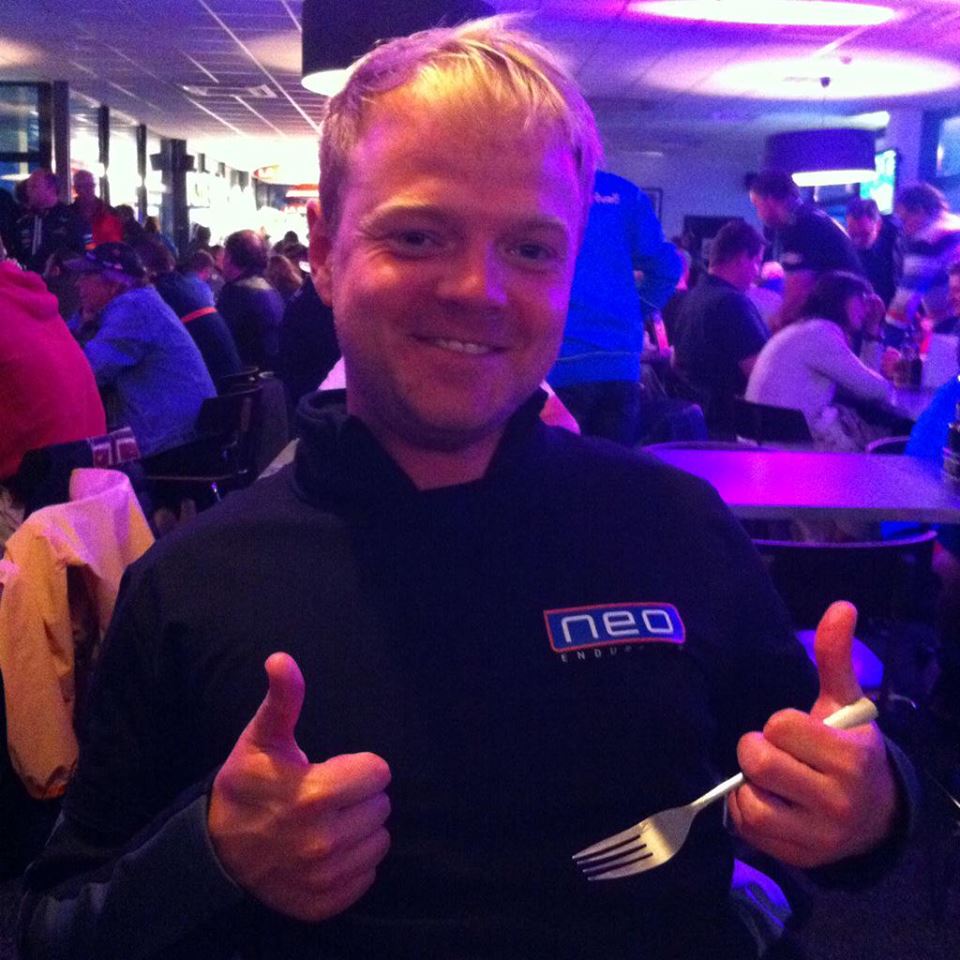 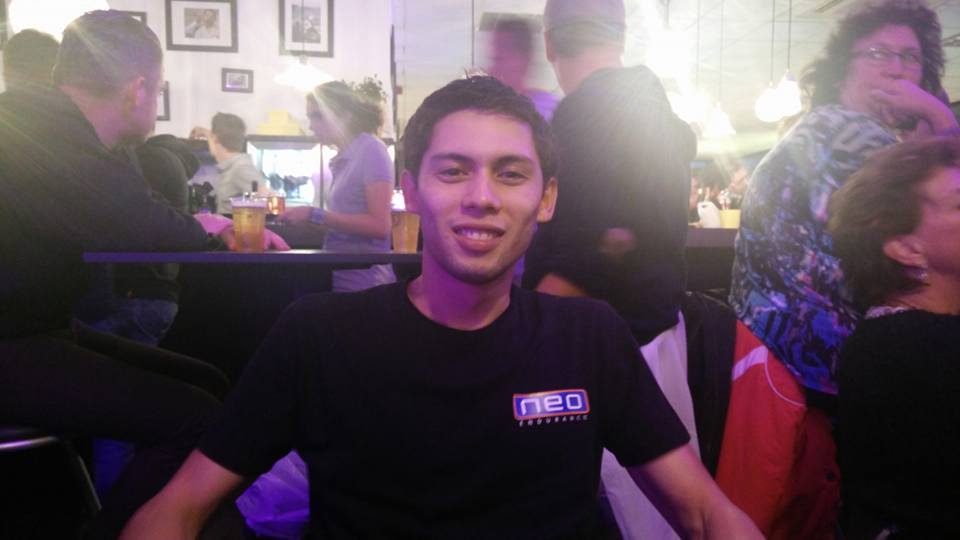 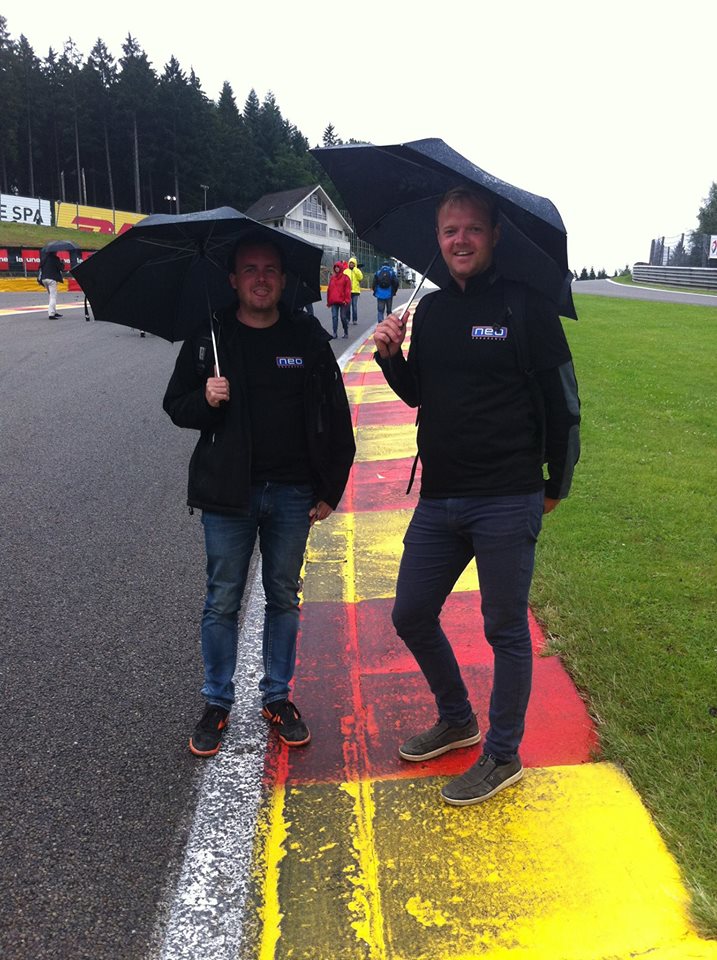 After the race we could walk up Eau Rouge.

Season 2 of NES is bigger in a lot of aspects. More races, longer races and also a bigger race control crew. We would like to welcome Rob Sutherland to NEO race control. Just like us, and everybody connected to NEO, Rob is huge endurance racing fan. Right after we posted the vacancy, Rob replied right away. We know him very well and we are very happy he wants to join us and help us out during the races. Rob will join Alvin, Bert, Egil and myself. We will make sure the racing is clean and fair.

In the next coming weeks I plan to work on the website. Mainly the live timing page. Live timing needs to be updated and I need to make sure the GT1 cars are groups correctly. Also I’m planning to make the live timing page responsive, so you will be able to view the standings properly on your mobile devices. When I’m done with this I will make a new development post about this, so you can see how I did it.

Right now we are preparing the opening of the registrations and all the details, which will be published soon.

Until next time,
Niel