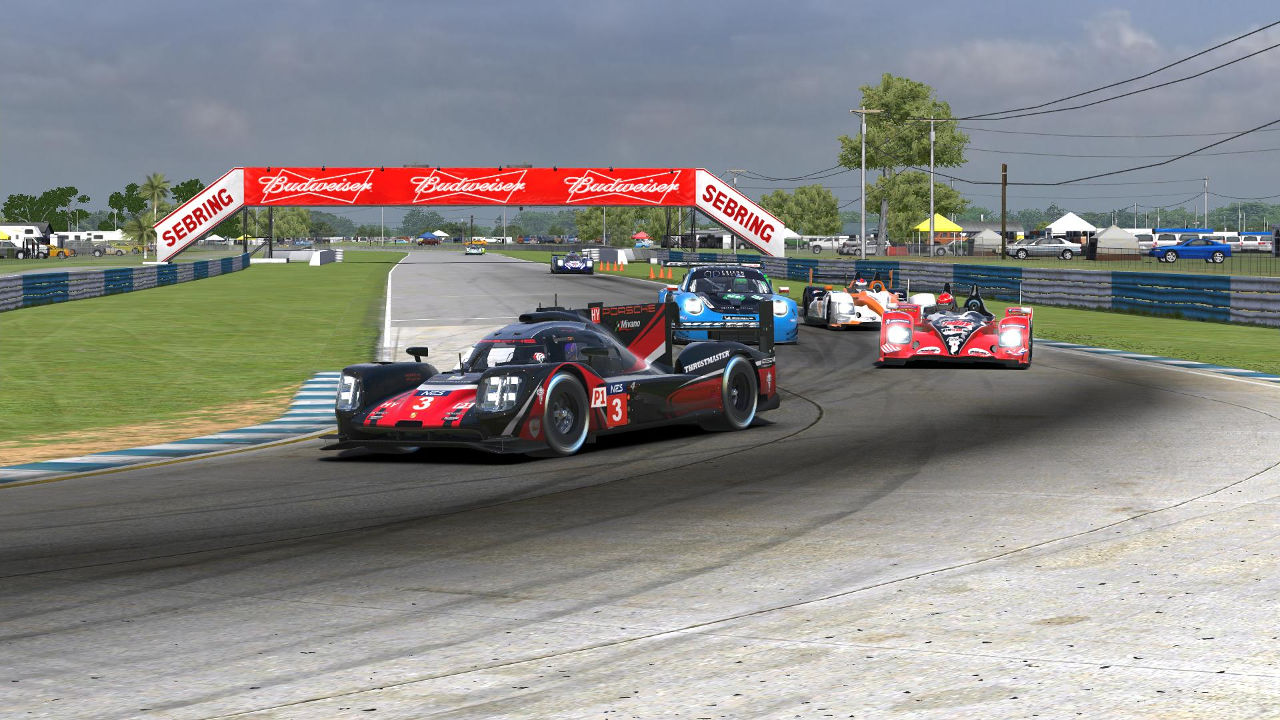 In the long-awaited debut of P1 cars on the NEO grid, one team spoiled the show as Thrustmaster Mivano Racing put its pair of Porsche 919 Hybrids at the front of the field and as the only cars on the lead lap after Sunday’s 6 Hours of Sebring.

Despite Mivano’s dominance, the season five opener of the NEO Endurance Series did not disappoint in terms of close battles in all three classes. Even in the P1 class, the first hour of racing saw a tight four-way fight between Mivano’s two teams, SimRC.de, and Porsche Basel powered by Sorg eSports as they sliced through traffic for the first few times.

Once Mivano’s Tommaso Carlà climbed behind the wheel of the #3 Porsche, though, he began to open a gap that he and teammate Marcus Hamilton would never relinquish. Their teammates in the #4 car finished second, 22 seconds behind, while Sorg recovered from a first-hour penalty to finish third in their NEO debut.

In the P2 class, AVA Vervatic and polesitter Apex Racing UK traded the lead back and forth throughout the race, but a costly penalty to Apex for avoidable contact with the Williams JIM Junior #96 Ferrari in the final hour cost them a chance at the class win and instead handed it to AVA’s #39 HPD.

Mimicking their meteoric race-long rise toward the top of the P2 running order from the pre-qualifying race, Torque Freak Racing came home in second after starting ninth. Apex recovered from their penalty to finish third in class.

The crowded GT field, which was separated by just one second in qualifying, saw a surprising car but certainly not a surprising name take the checkered flag first. CoRe SimRacing drove from twelfth on the starting grid to the front with Finns Kimmo Suominen and Janne Kiuru at the helm of their Ford GT — the car that at one point in the pre-season no one seemed to want to drive.

In total, just nine teams failed to finish the race that saw five penalties handed out for avoidable contact in the first hour, then nine more in the rest of the race. The automated off-track detection system largely proved to be a non-factor, as only three teams were penalized for exceeding track limits.